We’ve seen gizmos like these before, but mostly in the case of the iPhone – robots controlled by smartphones. This time we go back in time to the days of the HTC G1 and witness it being used as a robot brain. This initiative belongs to Tim Heath and Ryan Hickman, two brilliant men, who created an original piece of work. 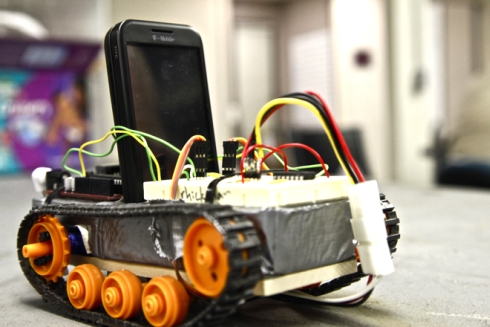 Dubbed Truckbot, the robot based on the Android phone uses the HTC G1 device as its brain and it’s based on a chassis made of wheels and treads. The robot is able to roll around on a tabletop, it can turn and head to a certain direction, while the handset allows it to avoid obstacles, recognize faces and voices, plus pinpoint its location. 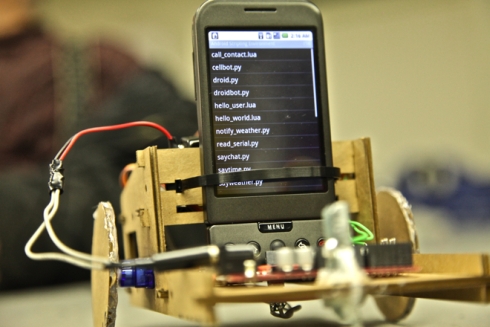 Heath is a Python web engineer, whole Hickman works for Google’s Doubleclick division, so they’re not connected to the whole Android scene. The build up of the device involved cardboard, a HTC USB breakout board, a micro servo, a mini breadboard and various ties, straps and wheels. It all goes to $30, very reasonable for such a cool bot.

The user is able to control the robot by typing commands on the screen of his PC and make no mistake, the handset is NOT a remote control, but rather the brain of Truckbot. If you want a taste of the DIY action required to create this machinery, here’s the address you need. 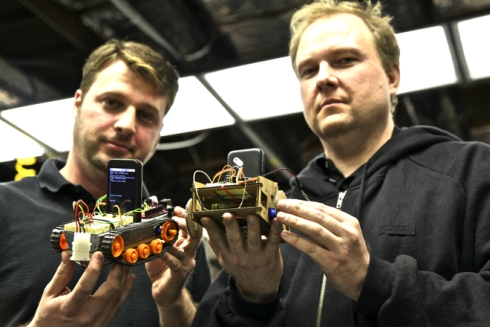