We’re confronted with a new Palm leak, this time one of a new WebOS smartphone, according to TopTongueBarry. This mystery source claims that he works for AT&T and that the carrier will launch a new handset dubbed Palm Elan, running webOS. We also learn that Pre Plus and Pixi Plus have finished testing and they’ll be launched on April 26th via the same carrier. 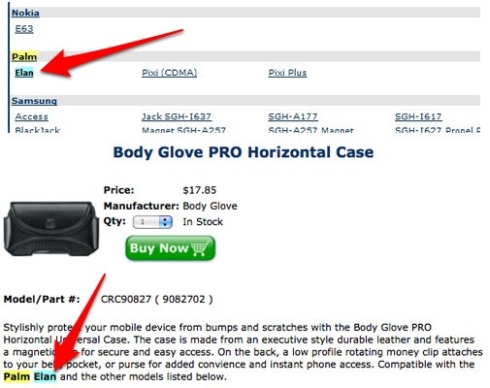 As far as Elan is concerned, it might hit us on May 10th, possibly earlier for Europe. Another source for the info on the new Palm device is Shadow-360, who claims he uncovered cached pages that show accessories for the yet unannounced phone.

It all sounds very suspicious, specially if you consider that Elan is also the name of the company that sued Apple in 2009 over multitouch patents. Is this an early April’s Fools joke?