The fact that Motorola announced its first Android handset, CLIQ doesn’t necessarily mean that the platform is evolving. We’ve seen the handset makers, like HTC come up with the same recipe each time and tiny hardware modifications.

What’s really appealing is the software and specially the UI, but more on the comparison between Android phones in table below, courtesy of Engadget Mobile. 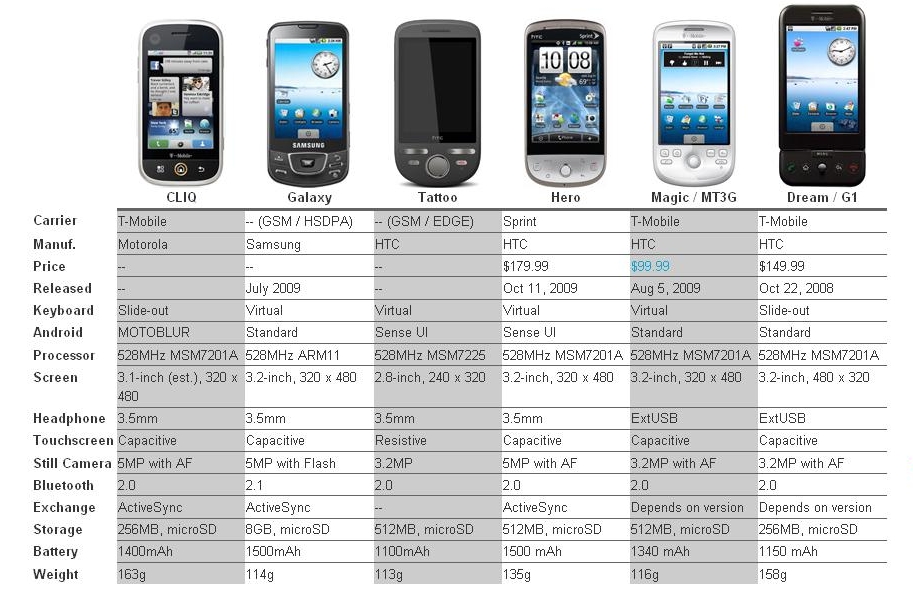 After so many touchscreen-only Android phones, Moto CLIQ is a breath of fresh air, due to its sliding QWERTY keyboard and MOTOBLUR UI, that pushes email and social networking features to the Home screen. 11 months have passed since the first Android phone, T-Mobile G1 hit the market and the OS plus devices that support it have evolved too little to make a difference.

Will Android manage to separate from its competition with unique features and evolved handsets?