Apple has just released the iPhone SDK 3.2 beta 3 for developers who want to create software for the iPad. Sadly, the software was filled with bugs, so it was immediately pulled from the web, but traces of it (like the screenshot below) are left online. 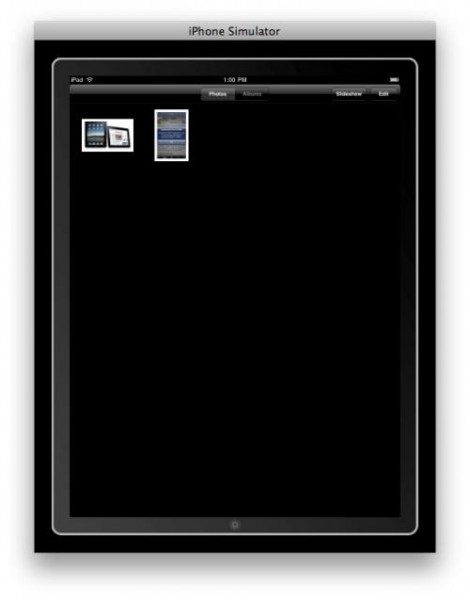 The first version of the SDK was launched at the end of January, together with the iPad announcement, while the second debuted 2 weeks ago. This beta 3 release might have been removed, but 9to5Mac published screenshots showing its Photos app.

Once again we spot (thanks to Mac4Ever) that Camera tab in Photos, maybe yet another reference to the iPad’s supposed camera. Is such an accessory coming to the Apple tablet?