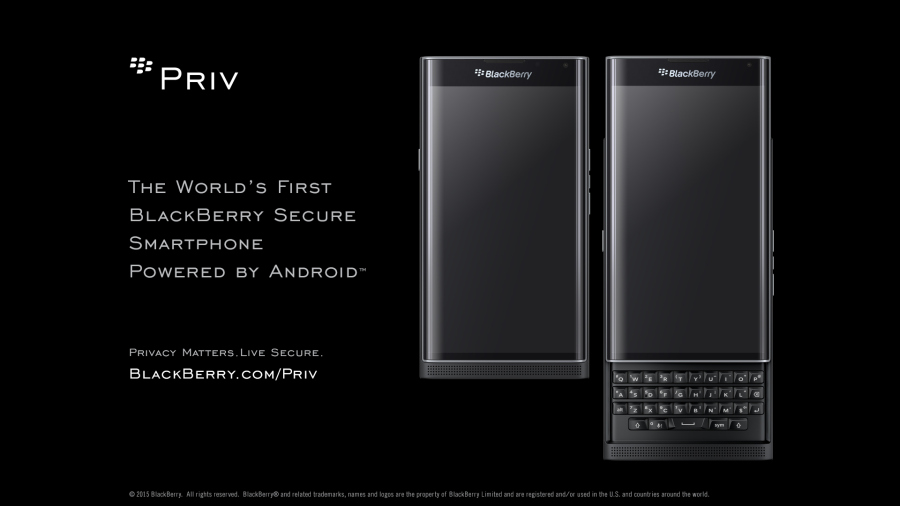 After being showcased and demoed a couple of times, but never truly launched through an event with bells and whistles, the BlackBerry Priv is now available on preorder in USA, UK and Canada, priced at $699 and up. 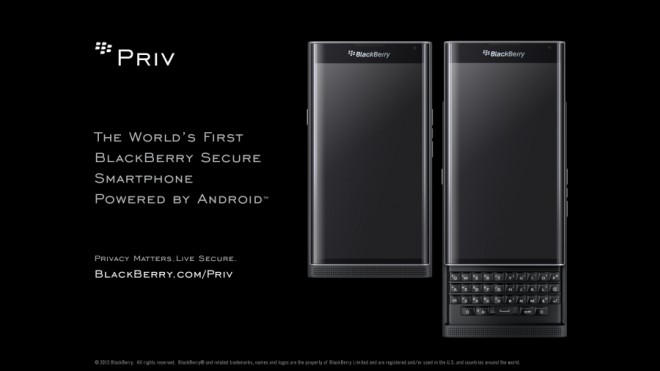 The price is a bit better than the initial number of $750, that was speculated for a while. This is BlackBerry’s first Android phone and a device that comes in uncertain times for BB, especially since its CEO, John Chen claimed recently that if the company isn’t profitable in a year it may exit the mobile area. For said price the handset offers a 5.4 inch Quad HD screen with curved edges and a Snapdragon 808 processor, as well as a 3410 mAh battery.

It also has 3 GB of RAM and an 18 megapixel camera with optical image stabilization and Schneider Kreuznach technology. Interestingly, the Priv won’t be usable on Verizon, Sprint or US Cellular, only on AT&T and T-Mobile. BlackBerry Hub will also be included in the package for communication, plus a tool called DTEK, that will monitor the OS and apps in search of security risks.