RIM and AT&T’s press conference scheduled for today finally came and with it the long awaited BlackBerry 9800, now known as Torch. The device is a full QWERTY portrait slider with WiFi 802.11n support, a 5 megapixel camera with full flash and 4GB onboard storage. 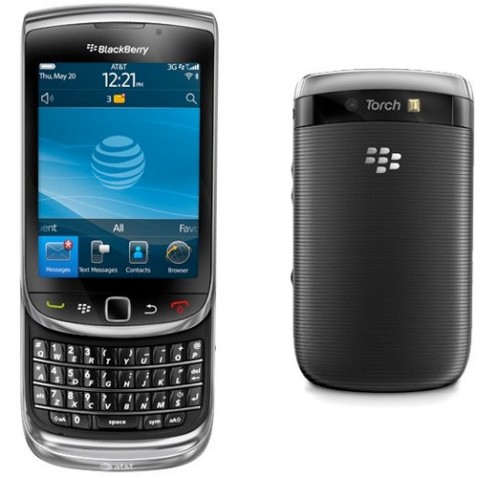 Of course, BlackBerry 6 is also on board of BB Torch, complete with Webkit browsing, a neat social feed feature and the device’s specs list also includes 3G connectivity, 512MB of RAM and ROM and a 3.2 inch 480 x 360 pixel touch display. There’s also the classic optical trackpad included, plus the new Media Sync feature, allowing you to sync your media library via WiFi. 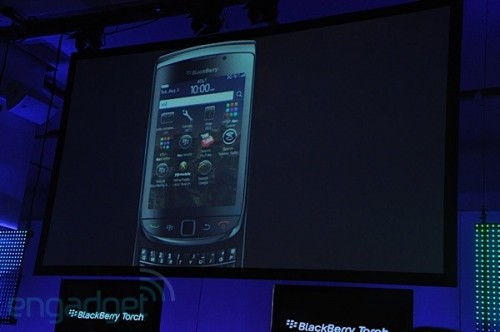 You might want to know that Torch will debut via AT&T on August 12th for $200 and it’ll bundle a 4GB microSD card in the box. If you’re wondering about the name “Torch”, it came from the company Torch Mobile, that was integrated into RIM and made the Webkit-based browser for the new handset. The new BlackBerry is RIM’s first touch QWERTY slider and among its innovative features we find auto wrap text zoom and a Universal Search method (goes through feeds, settings, email, content and more). 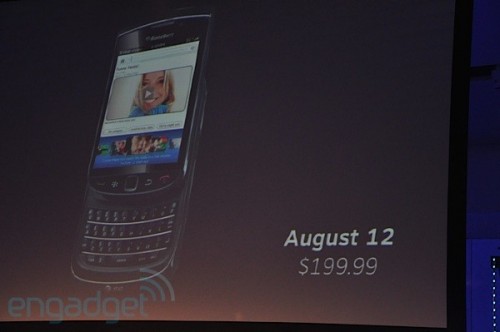 The camera includes a geolocation app and there’s also a podcast app on the features list, in case you’re wondering. The hot new product can be seen in action in the following official videos: