We happen to test rugged phones very rarely, but when we do, we go big. And what’s bigger than CAT, a brand associated with Caterpillar, that makes bulldozers, boots and lots of other manly gear. We got the opportunity to unbox the CAT S61 handset and the result can be watched below.

This is a pricey device, at $999, but it’s not for the average user. Instead it’s for companies, engineers, architects, people working in oil, steel and other similar fields. Available this summer, it’s an Android midrange smartphone at its core, with an extra layer of manliness on top. The rugged phone comes with a manual in the box, an USB Type-C cable and charger. No headphones included. 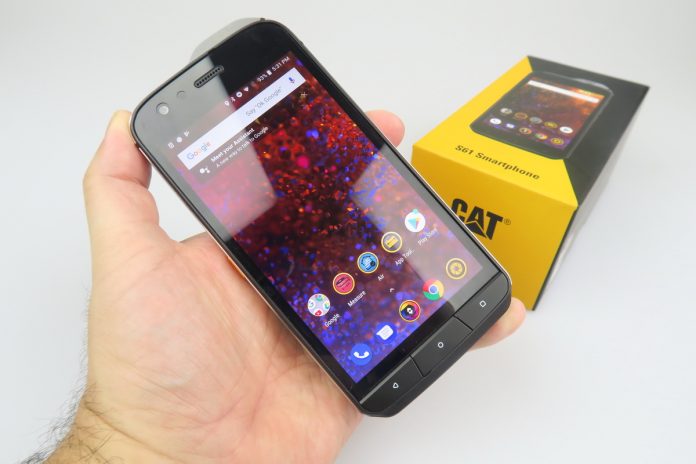 It’s got a case that’s tough and combines metal and rubber. It can take a drop from 1.8 meters straight on concrete and it also takes snow, sand, salt, vibrations, water and much more. The phone itself has a badass thermal camera, with a FLIR system, that identifies heat sources even in the dark, up to 400 degrees Celsius. Useful to find a gas and oil leak in the work field, I’d say. Life saving in a mining area. 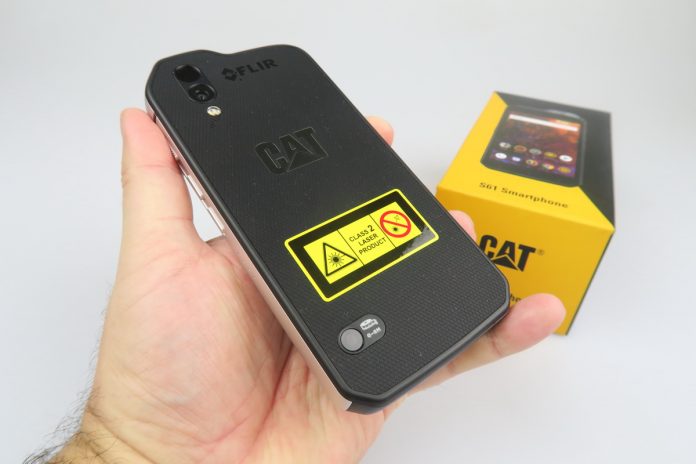 There’s also a laser assisted distance measuring tool. It can measure up to 8 meters and even calculate surface. Then there’s an indoor air quality monitor, that detects pollutants, solvents and other strange chemicals in the air. It shows you if the air around you is bad for you or not. There are special apps for all of these special functions, by the way. The handset weighs 250 grams, it measures 13 mm in thickness and has military spec protection. 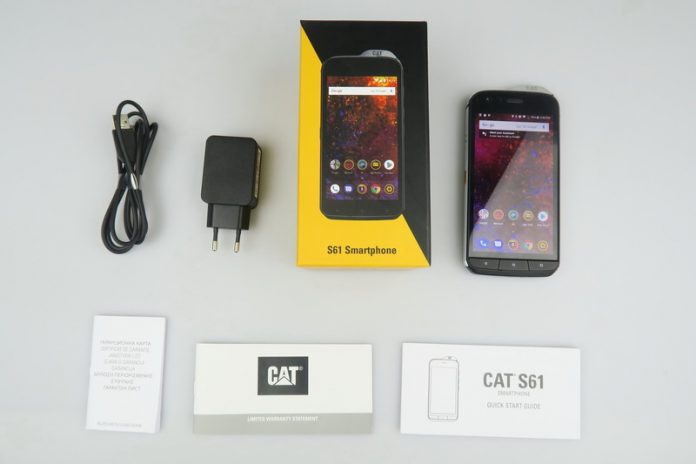 Its specs include a Snapdragon 630 CPU, 4 GB of RAM, 64 GB of storage, a microSD card slot, a 4500 mAh battery and a 16 megapixel back camera. There’s also a 5.2 inch Full HD screen, that can be used with wet fingers or gloves, as well as a front 8 MP shooter, WiFi a/b/g/n/ac, USB Type-C port and dual SIM Slots. The OS is Android Oreo, with a pretty clean UI and we already have the promise of Android P.

Overall a pretty badass phone, the kind of which a lumbering, oil, steel, coal company would buy for employees. You can get it here.