Nokia continues its run of resurrected phones, so after the Nokia 3310 (2017), it also came up with the Nokia 8110 4G, which was unveiled earlier this year. This model has all the curviness of the original, if not more and it also brings several smart features into the world of feature phones. We unboxed it below and you should know that the phone is priced around $125.

Inspired by the original unit of 1999, the Nokia 8110 that appeared in Neo’s hand in the movie Matrix, the newcomer keeps the sliding part and the numeric keyboard. It comes in a bright “Banana” yellow, but there’s also a black version. Inside the box we find the charger with microUSB connector integrated, a pair of generic headphones and no trace of microUSB cable. 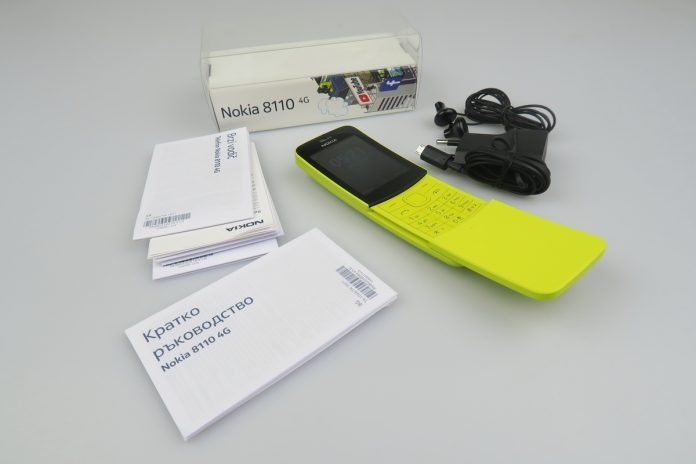 There are manuals, actually a lot of them though. This is clearly a feature phone, all made of plastic and with a removable back cover, that lets you put in the battery. At 1500 mAh that one sounds enough for a 2.4 inch screen. The handset comes with dual SIM or single SIM versions and it also has 4G LTE support. It runs on Kai OS, a feature phone platform, that got so much hype even Google invested in it. 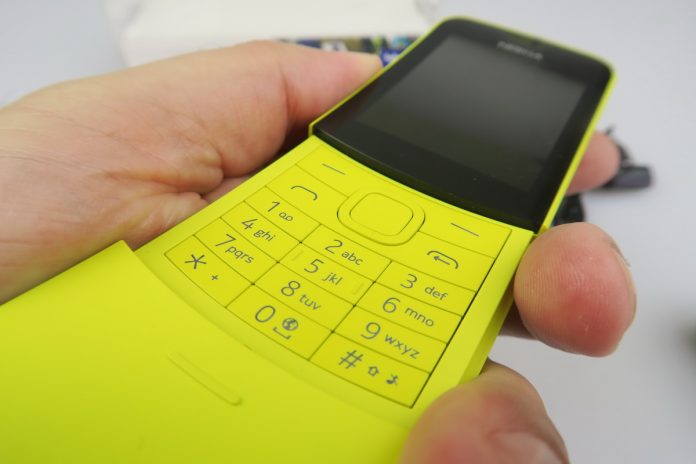 Certified within the IP52 standard, the device has Google Assistant support, a new version of the game Snake, a 2 MP camera with LED flash. It all weighs 117 grams and measures 14.9 mm in thickness. This product packs a TFT 2.4 inch screen with a 240 x 320 pixel resolution and inside there’s a dual core Qualcomm Snapdragon 205 CPU, 512 MB of RAM and 4 GB of storage. There’s also a microSD card slot. 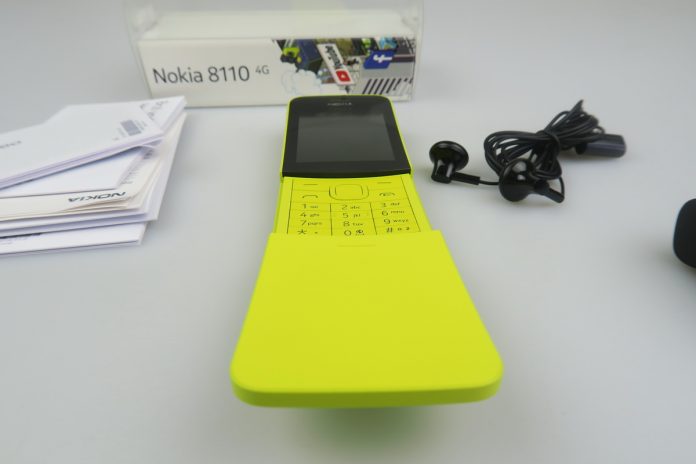 No trace of selfie camera here, by the way. We’re still getting other cool stuff, like an MP3 ringtone, FM radio and the promise of up to 11 hours of talk time, which is not half bad. I’m pretty excited to see what this device can do, particularly since you can also get smartphones for the above mentioned price from B or C brands in China. You can get the Nokia 8110 4G here.