There’s a nifty free game called Death Really out there, that we just reviewed on the HTC One X. We’re dealing here with a racing game that also has a shooter experience included. It’s basically a remake of a 1996 game of the same kind, but with revamped graphics and gameplay. You can download it from here. 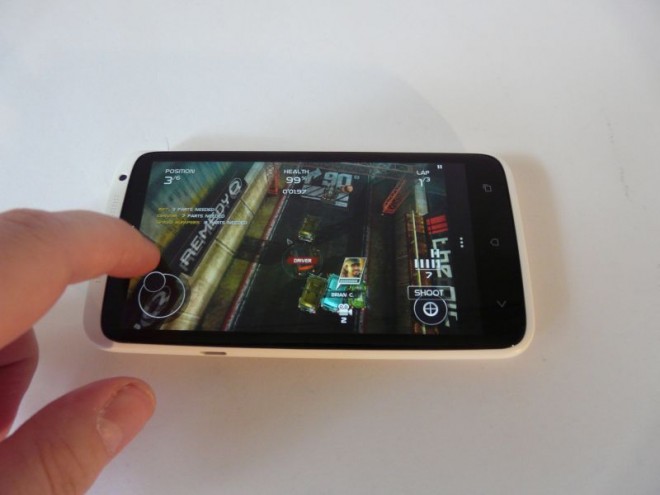 The title allows you to race against 5 other opponents and try to get to the podium or hopefully first place and shoot your rivals on the way, using shotguns, gatling guns, missiles and more weapons. At the end of each race you get cash and during races you’ll find pickups, such as nitro, health or parts for various cars, weapons and tracks to unlock. There are about 5 tracks available, but there are also reversed and rotated versions of them, so you’ll get more variety than it seems.

Death Rally is excellent in small doses, too, since a race lasts around one minute and 30 seconds or so. There’s also a Destruction Derby-style competition that lasts 3 minutes, doesn’t involve a race, but instead you get to shoot a lot of cars and compare scores with a main rival. Speaking of which, every race has a main villain, a car with the picture of the driver attached and taking him down will give you extra points. More details in the video below: