Wall Street Journal reports that Motorola has joined forces with AT&T, in order to build an Android handset for the carrier. The mystery device should reach the mobile operator in 2010, or so claims the info reported by the paper. This info comes just days after Google and Verizon joined forces in a similar Android-based initiative. 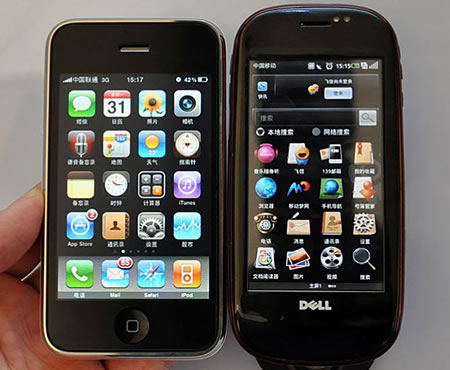 If we look at the recent development of things, it all starts to make sense: Apple removed Google Voice apps from the is App Store, Google CEO Eric Schmidt left Apple’s board of directors, Verizon and Google joined forces, with the first launching a “There’s a Mao for that” campaign, mocking AT&T’s signal problems, specially with the iPhone.

Last, we learn that Dell’s making this phone for AT&T, so everything’s starting to lose its significance… Where’s the “war” between AT&T and Android initiatives, or better yet, Google?