Japanese carrier Docomo and Disney teamed up and announced some Android phones for the lovers of the Walt Disney universe. There are two models here, the Docomo F-08D, with a 4.3 inch 720p display and a dual core CPU. You can see the handset below and know that it will be available in shiny pink and shiny white. 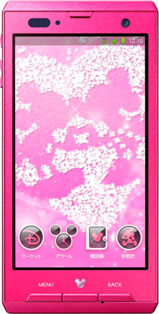 We’re dealing here with a handset that features a 1.2GHz dual core OMAP4430 processor, a microSD card slot and lots of customized Disney content. The other model, Docomo P-05D will rely on a 4.3 inch display with a qHD resolution, a 1GHz dual core OMAP processor and a case that’s available in pure white. Both models will customize Android with a Disney UI, including icons and extra apps. The F-08D will come in February, while the P-05D will hit the market in March.

Both phones will only be available in Japan, although I’m sure they would have sold a bunch of units in the USA as well. I guess that the pink phone of this duo might make a nice gift for your special one, if you’re in Japan on the 2012 Valentine’s Day. 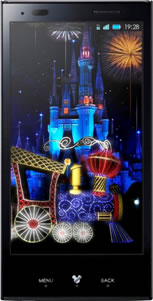