Although the Samsung Galaxy S III won’t be unveiled at MWC 2012, we might have some consolation in the fact that we’ll see the Galaxy S II Plus soon enough, according to some rumors. A couple of days ago we found out that there’s a possibility that the Galaxy Nexus will be upgraded with a better GPU and now an upgrade Galaxy S II also shows up. 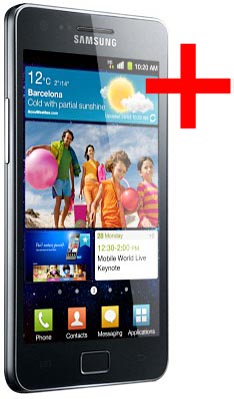 This supposed newcomer was also leaked through a benchmark, just like the Galaxy Nexus with extra GPU power. Benchmark An3DBenchXL is responsible this time, unveiling a device that’s called the Samsung Galaxy S 2+, with a dual core 1.5GHz processor, an upgrade to the original 1.2GHz dual core Galaxy S II. Other features of the device remain identical to the original model, including the not so impressive 480 x 800 pixel resolution and Android 2.3.4.