The folks of AllThingsD managed to score some inside info on an upcoming handset from Facebook and HTC… One might be tempted to say that this is yet another Facebook Phone, but that’s not the case. The device is codenamed Buffy and the initiative is being lead by Facebook CTO Brett Taylor. 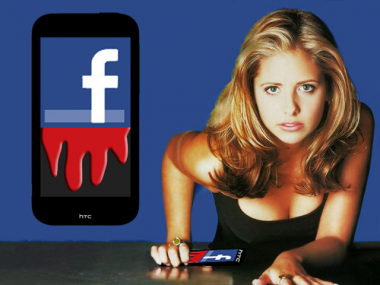 To be honest, I could say that there are already a couple of Facebook-oriented phones on the market, like the HTC ChaCha and Salsa, the Motorola Motokey Social, or the INQ devices, but are they really all about FB? The new Buffy handset, apparently named after the vampire TV show with Sarah Michelle Gellar will have the social networking service at its core and it will run a tweaked version of Android, also relying on HTML5 technology as platform for applications.

Facebook was also considering Samsung as partner for this device, but in the end they chose HTC… Considering the project is in early phase, it will be 12 to 18 months till we get to see phne in stores. Right now, Facebook and HTC declined to comment on the situation, but the info about their cooperation is pretty certain. Facebook has 350 million active mobile users, so the mobile is a key market to tap over the next years… especially with Google+ and Twitter coming strong from behind.