There’s a fresh leak out there, that mentions the name Samsung Nexus Prime for the handset we all know as Samsung Galaxy Nexus. This leak came via a Best Buy ad, that no longer uses the Galaxy Nexus naming, opting for the other one instead. It appears that everything is hectic when it comes to this phone, that apparently also has some volume rocker bugs and issues with the storage it will use (no more 32GB unit). 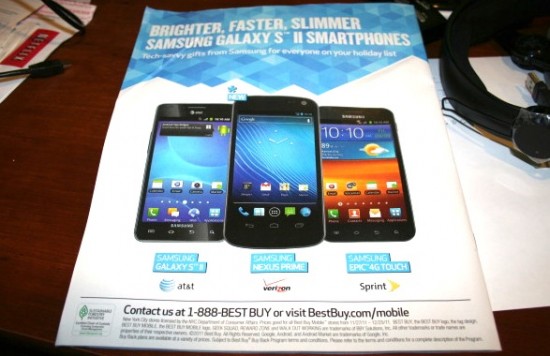 And now the unexpected rebranding came and messed everyone up, not to mention the three delays of the smartphone so far. I’m wondering what’s going on behind the scenes, far from our eyes… Is negotiation tough for Verizon and Samsung? Is Google unhappy with the Android 4.0 experience? What’s going on?! Maybe Nexus Prime will be the name that Best Buy and Verizon will use for the handset, while the rest of the world will get it as Galaxy Nexus.

Well, at least there’s a price tag attached to it: $299.99 and the 4G LTE mention leads me another theory: maybe the Prime is the LTE version and the Galaxy Nexus is the average 3G unit with HSPA+ connectivity. Of course, all of these are theories and I have nothing to support them. What do you think? 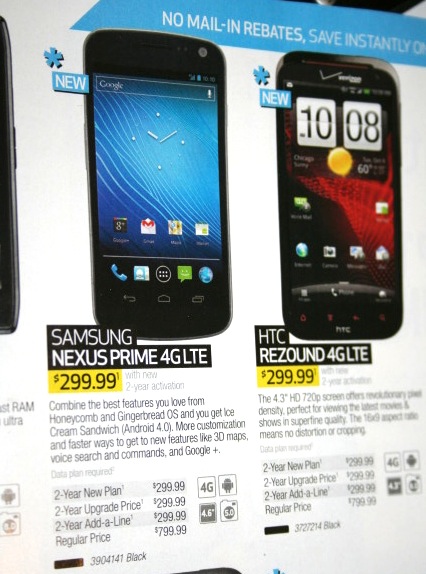