HTC PD53100 is a device we’ve heard of before, but now it has reached the FCC getting the much needed approval. This could in fact be the F8181 Brew MP handset, as speculated by Engadget Mobile, but nothing’s 100% yet. The F8181 was a device meant for AT&T, one leaked a while ago. 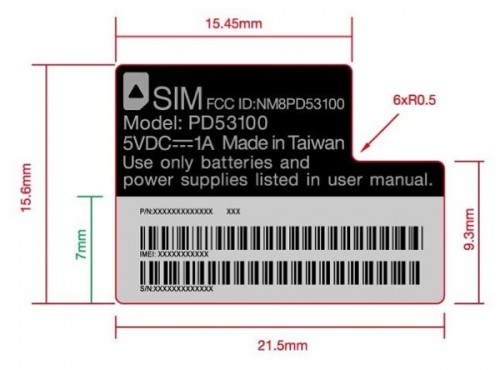 The SAR report mentions the new device as a “touch phone”, not a smartphone as it usually happens to HTC’s fillings. This makes the assumption that the phone will be a Qualcomm Brew MP handset even more solid, so this won’t be a smartphone after all.

We also learn that the unit supports 850 and 1900 MHz 3G, the connectivity options associated with AT&T in the US.