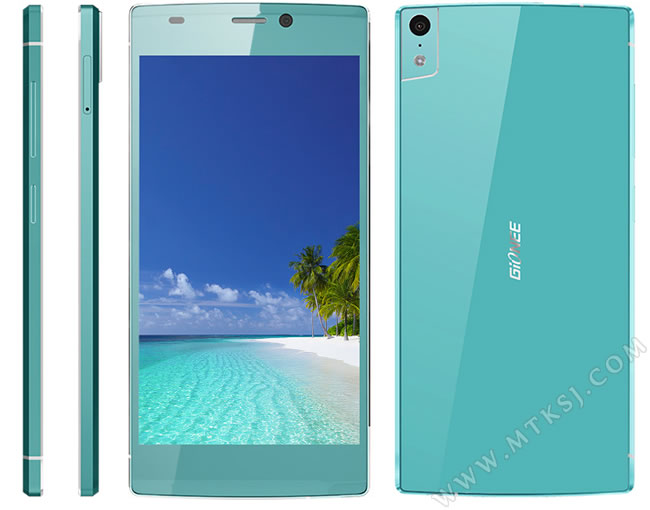 The Gionee Elife S5.5 has been making the headlines for a while now, being the thinnest smartphone in the world and all, with a waistline of just 5.55 mm. Now this model has been reviewed by us in the video below, but the real piece of news is that the phone has received a new color version.

You can see in the image above and apparently this hue is called “Maldive blue”, tailored after the very popular holiday destination. The handset still costs $370 and it bundles an OTG cable, Bluetooth headphones and a small leather case apparently. Up until now this model was available in gold, black and white, but now there’s this peaceful color. There are also rumors about a pink version coming soon, since the thin handset is pretty feminine after all.

There are plenty of reasons for buying this phone, including the Samsung made Super AMOLED Full HD screen or the octa core CPU. The battery is not one of those reasons, since it’s pretty feeble, but the camera was actually decent, as shown in our review. Benchmarks aren’t half bad either! For those of you wondering, we reviewed the rebranded version of the phone, the Eastern European Allview X2 Soul.