Although Google Buzz isn’t getting the success and acclaim that Google hoped for, it might soon start to be adopted more widely, since it’s recently been made available via Android Market. The Official Google Buzz Widget is visible on the Android app store for certain users, with a Moto Droid owner on Verizon reporting that he can’t see the software. 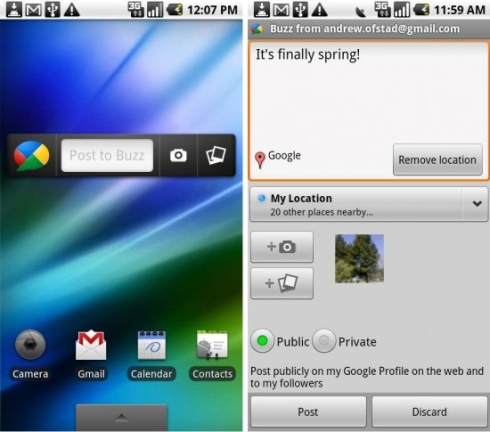 Google Buzz widget allows users to post buzz from their home screens, quickly post buzz publicly or privately, add photos to posts, either from their cameras or galleries. You can also share locations or places and access the service really fast through buzz.google.com.

You can install and add the widget to your homescreen by following these options Menu>Add>Widgets>Google Buzz.