We’ve just found out that Google’s Phone that was recently confirmed officially will be called  Nexus One and just a minute afterwards, TechCrunch went out and published the first live picture of the device. Here it is: 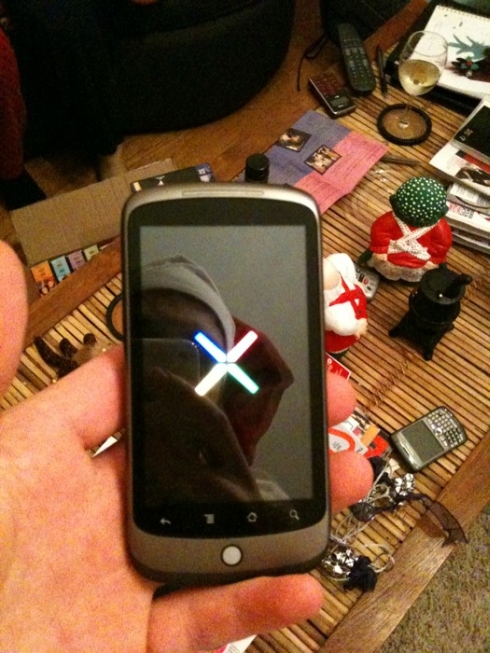 Google will bypass all mobile carriers, selling the handset unlocked and, as usual, the search engine giant partners with handset maker HTC. If you’re wondering who leaked the photo above, the answer is pretty obvious, since Google employees had “fireworks and Google phones as gifts” days ago, during a party at work.

Cory O’Brien, a San Francisco blogger somehow got hold of the pic, probably courtesy of a Google employee and published it. The device is basically a combo between the iPhone, some extra screen space and a scroll wheel. The touchscreen is great and Android 2.1 should also be on board. Nexus One will be arriving in January 2010, so hold your horses and let’s see a price for it.

[via Reuters and TechCrunch]