It’ll be a busy January 2010 for all of us, since CES is coming next week, followed by Apple’s special event (probably related to its tablet) and now even Google has a press conference scheduled for next month. Google’s Android-related event will take place on January 5th, in Mountain View. 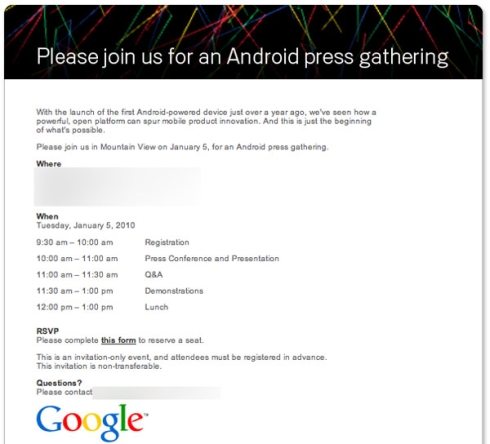 Odds are that this is the official unveiling of the Nexus One phone, or simply an official demo of the new Android 2.1 OS. It’s interesting to note that Google will probably reveal its handset before CES 2010, so they’ll only detail it during CES, in case Nexus One makes an appearance in Vegas, as well.