As CES 2010 nears, many companies have started announcing what products they’ll release next week, when the show debuts. Among them is also LG, planning on releasing portable DVD players and handsets supporting digital broadcasting, on the American market. 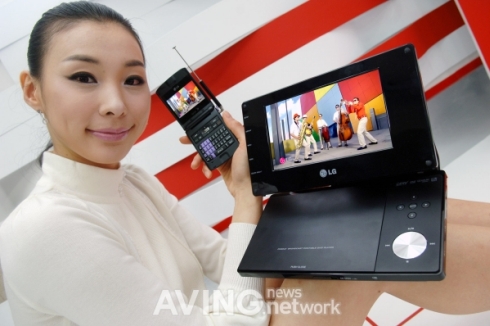 LG DP570MH is one of these new portable DVD players, while the mobile phones with digital TV functions are yet unknown, but they’ll be present in Las Vegas, from 7 to 10 January, during CES. It seems that the new technology will allow users to watch digital TV even if they’re travelling at speeds of up to 290 km/h.