LG G7 ThinQ may have been announced on May 2nd, but in Europe it debuted on the 23rd, during a special event organized in Hungary. It was supposed to be a special central European debut of the device, as well as the South East and East European one. We were there to witness it and we have the details below. The device is the latest LG flagship and it’s priced at $850.

This isn’t the typical article with specs and features, but rather impressions about the device. We’re dealing with a 6.1 incher, that has probably the brightest screen I’ve seen in years. I had to keep it at about 30% brightness all the time and it behaved perfectly in the summer sun. It also has a notch, which LG dubs a second screen and it can be hidden from the settings. 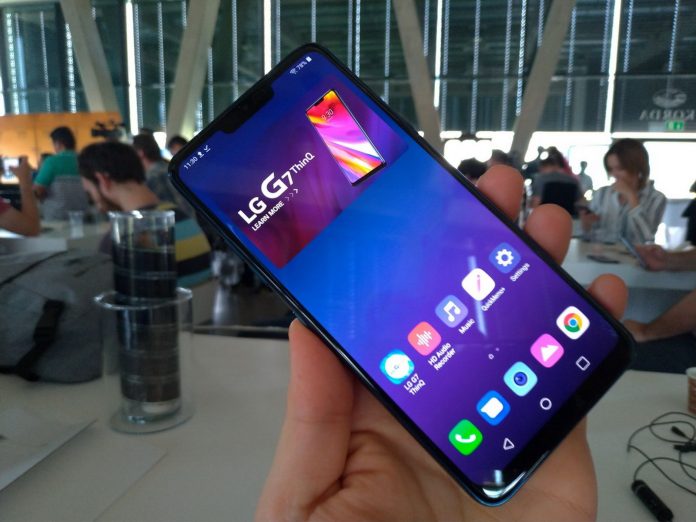 Don’t expect any special insight about the device, since all we had in Hungary is a pre-retail version, that didn’t let you install Google Play Store or any type of app or game. The device is all covered in glass and has a metal frame. It’s incredibly narrow and light, perhaps too lite if you plan on doing long game sessions and like the feeling of a sturdy machine in your hand. 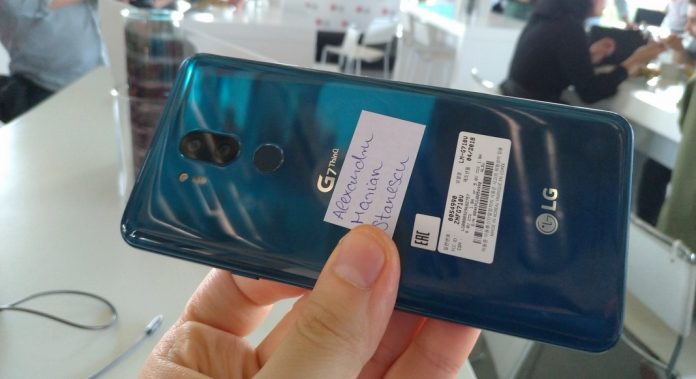 The back side draws a lot of prints and grease, but the device’s comfortable use is out of this world. It’s so narrow that one hand use is no problem. It’s even comfier than the ZenFone 5, which was already excellent to wield at its diagonal size. It has the best CPU around, Snapdragon 845 and enough RAM, 6 GB. Didn’t notice any lag, freeze or stutter and the UI experience doesn’t seem to have changed a lot since the LG V30S ThinQ.

That “ThinQ” shows you we’re dealing with a device focused a lot on AI. It’s got a special physical button on the side, that triggers Google Assistant and uses quite a bit of AI for its camera. There’s a feature called AI Cam, that makes the device analyze everything it sees in the viewfinder and try to guess what it’s seeing. It’s not very accurate, but after a few calibrations, it may identify the objects properly. 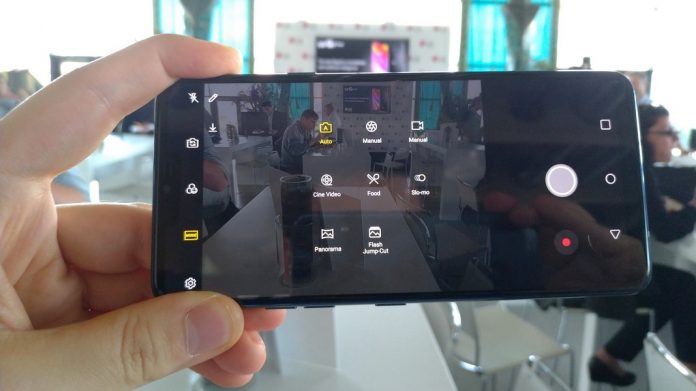 It’s interesting to me that it identifies two people sitting next to each other as a couple. It can also identify liquids, closeup situations, food and more. LG also brings here a dual 16 megapixel back camera, with one sensor offering F/1.6 aperture and the other F/1.9. The latter cam has fixed focus and a 120 degree super wide angle lens. This package is very similar to the LG V30S ThinQ, by the way.

I took a bunch of pictures and videos and I noticed a pretty good color calibration, in spite of the torrid weather. The sky was perfectly calibrated in blue and the vegetation was a normal green, not a burnt one like the Huawei P20 Pro had. I also found an interesting feature that lets you zoom in certain areas of the viewfinder, not just the center. You can pick an area of the shot and zoom in just there, for a more cinematic effect. 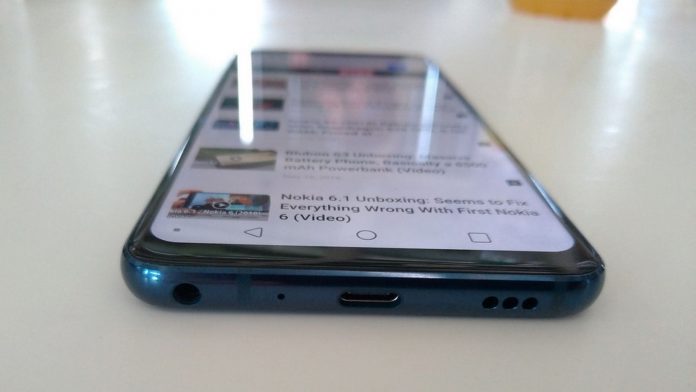 There’s also a special Super Bright Camera mode, that generates better exposed photos in very dark conditions. It does so by combining the light gathered from 4 pixels combined into one and creating a very bright 4 MP photo. We also messed about with a Portrait Mode, for both the back and front camera. I found it to be on par with the Google Pixel 2 XL, which is also made by LG by the way.

It’s high praise, since its Portraits were excellent last year. The LG G6 stabilizes video pretty well, not something out of this world, but quite nicely, with no flicker or refocusing happening. The Boom Box speaker was crazy loud, without distortion and it actually felt louder than any other flagship this year, HTC U12+ included. Sadly it’s just a mono speaker and it’s easy to cover in landscape. 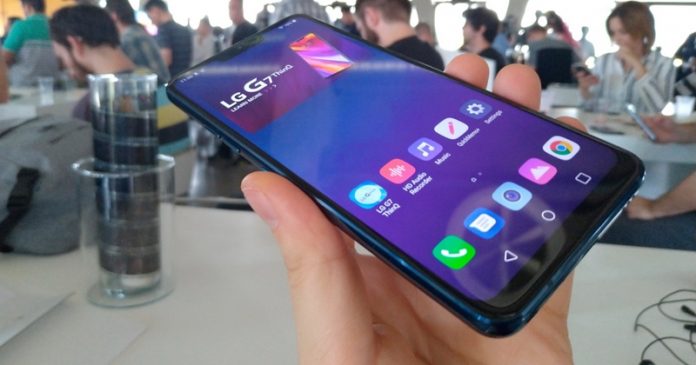 What I’m worried most for this device is the battery life, since 3000 mAh sounds like a very modest setup for such a big screen, if you ask me. There’s also the problem of not having a selling point. Samsung Galaxy S9+ has the variable aperture and dual camera novelty, OnePlus 6 has the price, HTC U12+ brings back the dual camera and has those kickass speakers, plus the brand new Edge Sense.

Xperia XZ2 Premium has a 4K display and dual camera, plus the stabilization, while Huawei P20 Pro bets on 3 cameras. What does LG G7 have? AI? The ultra bright screen and loud speaker? well, that’s pretty much it, but it can’t be a reason for a purchase alone… And a quick mention regarding the debut event: it all happened at Korda Studios in Hungary, a huge film making studio, where the likes of “The Martian” and the TV show “Rome” were shot. 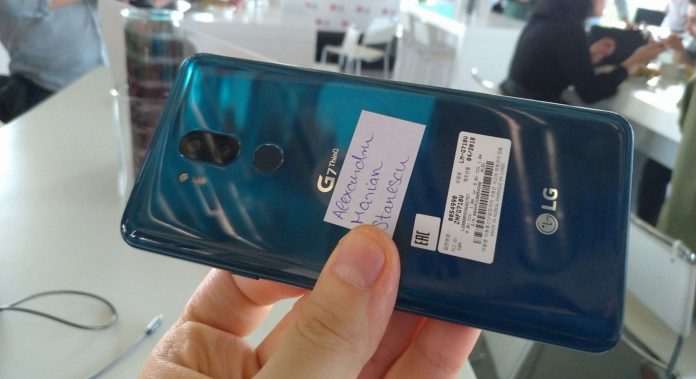 The latest Blade Runner was also shot there and I actually saw some very nice western settings, a life size Colloseum, some apocalyptic Mad Max setup and one of the buildings with green squirt all over it had a nice story. It was the building used in Hellboy 2 and the green squirt was left by that huge plant that was killed by Hellboy during the movie. 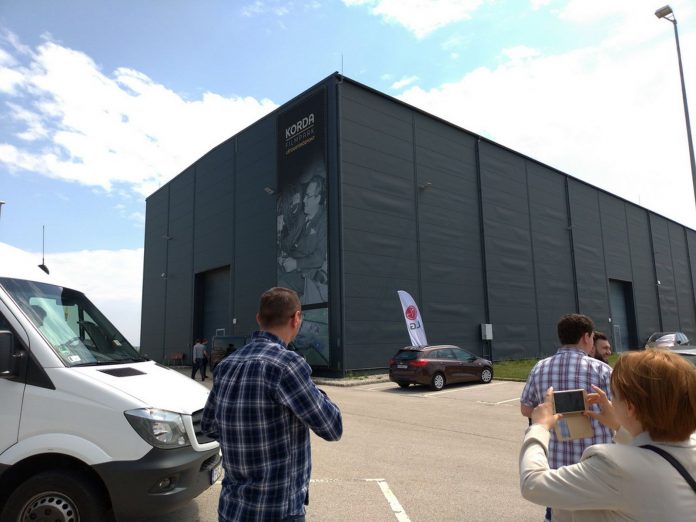 I didn’t quite understand LG’s decision to launch the G7 within a movie studio. This was probably done to emphasize the cinematic features of the phone, but we didn’t use it during the filming. Journalists and bloggers that were there actually shot a sort of movie with local directors, using the handset as prop, not as tool. One nifty experiment from last year pitted the LG V30 against a RED camera and I would have loved to see something similar….

Well, at least Hungary is a nice country to visit… while the LG G7 needs more looking into, before I can give you a verdict. 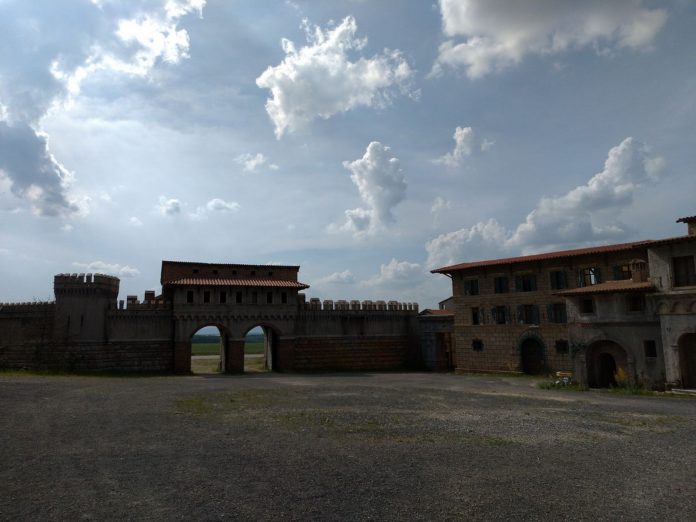