LG G7 ThinQ is one of the 2018 flagship phones we kind of missed out on, when it was being launched. Now we have it at last and we unboxed it below. It’s priced at around $600 or so and it still has the makings of a flagship.

The device came to us in the Moroccan Blue hue and it comes in the box with a fast charge charger, a pair of high end headphones, plugs for them and an USB Type-C cable. There’s also a cleaning rag and a SIM key. LG G7 ThinQ is made of glass and metal, with glass at the back and it’s one of the narrowest flagships of the year, also very compact. 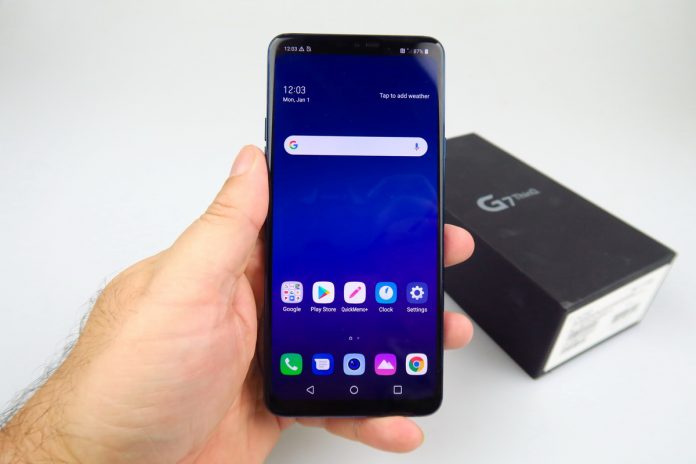 You can easily pass your thumb over its surface and grip its whole waist. It’s also very light, at 162 grams, for its diagonal size. It measures 7.9 mm in thickness and comes with a 6.1 inch MLCD+ screen on board with a 3120 x 1440 pixel resolution, plus HDR10 support.

Inside we find a Snapdragon 845 CPU, 3000 mAh battery, 4 or 6 GB of RAM and 64 or 128 GB of storage. There’s also a microSD card slot and at the bottom we find a powerful BoomBox speaker. There’s a fingerprint scanner at the back and in that area we also find a dual camera, with two 16 P sensors, one with F/1.6 aperture and a wide angle one with F/1.9 aperture. 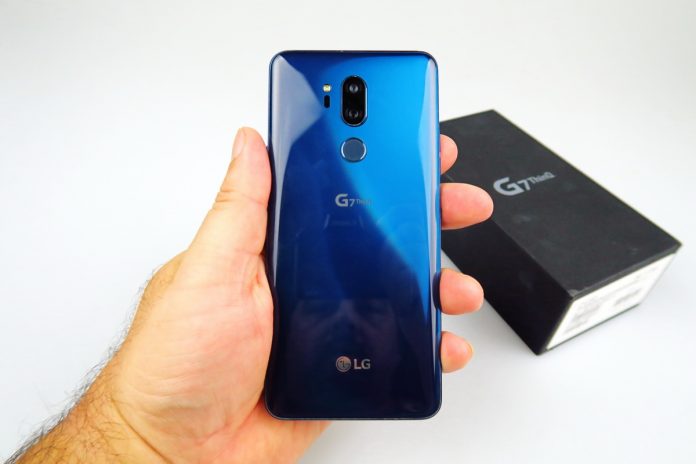 There’s also 4K 60 FPS video capture, Bokeh and AI functionality. Selfies are taken with an 8 MP camera and the device also brings a Google Assistant button, something that LG has been doing for a bit. By the way, the LG G7 runs on Android Oreo with the LG UX on top.

It feels like one of the most compact phones out there and it’s very comfy to use. Its camera options have yet to convince me, but we’ll see once the review is done. You can get the handset here.