Samsung Galaxy A9 (2018) seems like a demo of what’s to come. It’s a 4 camera phone, that may well anticipate some of the features we’ll see on the Galaxy S10. The device was unveiled recently and we took part in a local debut event, where we did a hands on review of the handset, shown below.

Priced between $400 and $600, the machine is made of glass and metal, with a metal frame and a glass front and back. We’ve got a 6.3 inch Super AMOLED panel, with a Full HD+ resolution. It was so bright, we had to keep it at around 30% in order to properly film it. The device is pretty massive and bulky, but not slippery. It has 6 GB or 8 GB of RAM, plus a Snapdragon 660 CPU and 128 GB of storage. 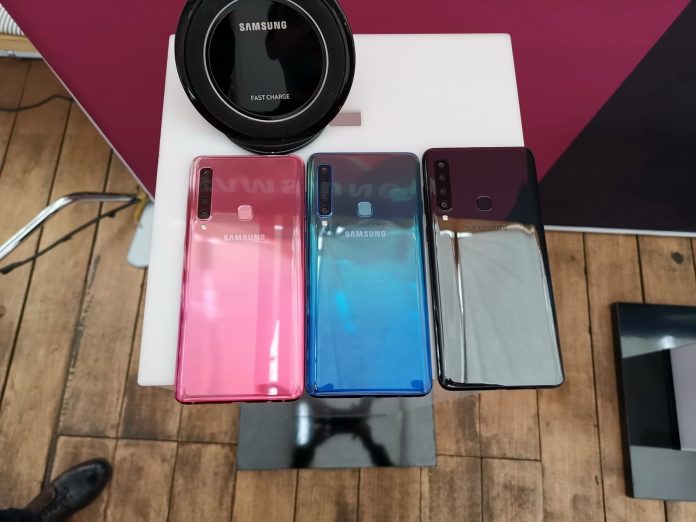 There’s also a microSD card slot and apparently these specs are powerful enough to put a Super Slow Motion filming feature in action. This is clearly a high midrange phone, one that doesn’t spare higher end specs, like a pretty solid 3800 mAh battery. The Snapdragon 660 CPU already proved its worth on the Nokia 7 Plus and Xiaomi Mi A2, being pretty powerful. This time it plays nicely with Android Oreo and Samsung Experience. 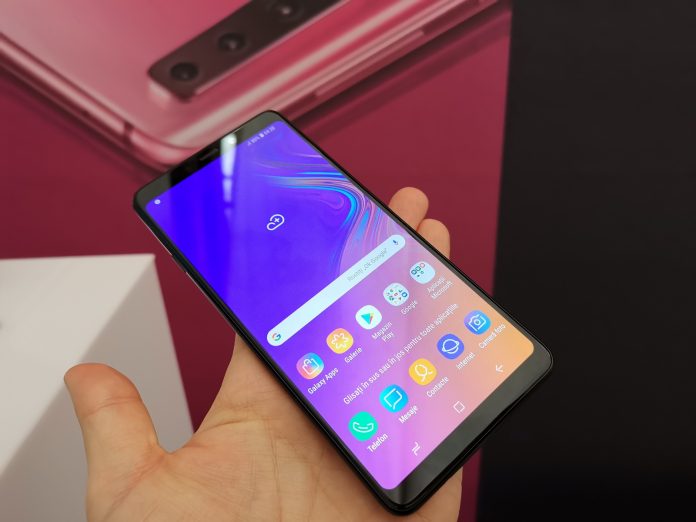 There’s a fingerprint scanner at the back and the handset comes in a pale pink, green-ish blue and black. Selfies are taken with a 24 megapixel front camera and special lighting options, including side and front lighting. There’s also a “flash” done using the screen’s extra brightness. There’s also Bokeh capture here, Panorama, HDR and a ton of other features. 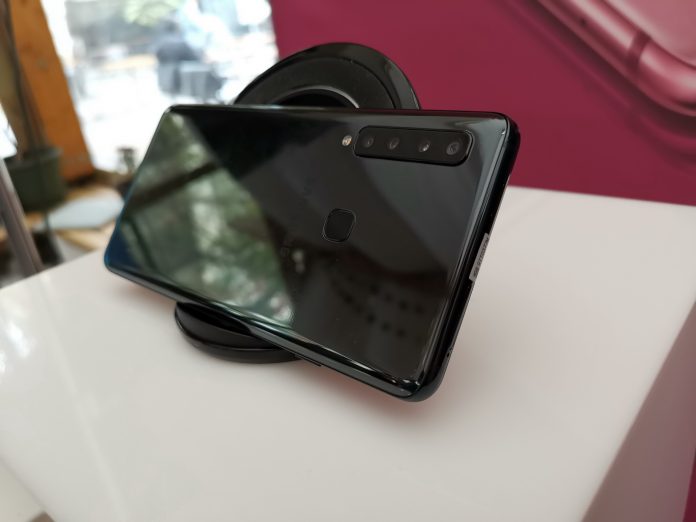 Of course, the main camera is the selling point, with its 4 sensors:

There’s also an LED flash and judging by the first captures I did, the Bokeh shots are kind of noisy for my tastes. At least it was snappy enough to quickly figure out when the subject had the ideal distance for Live Focus. The main achievement here is fitting 4 cameras at the back side, without any big protrusion of the cam. Super Slow Mo is also a big deal on a midrange handset.

We’ll be back with more ideas, impressions, camera samples, once we get the device.