A couple of days ago we came across a HTC M7 render, showing us the way that the next HTC flagship will look like or may look like. At the time we were unimpressed with its looks, since it reminded us of an iPhone 5 back, actually. Now we get a fresh render, courtesy of HTC Source and this one looks fancier and more realistic. 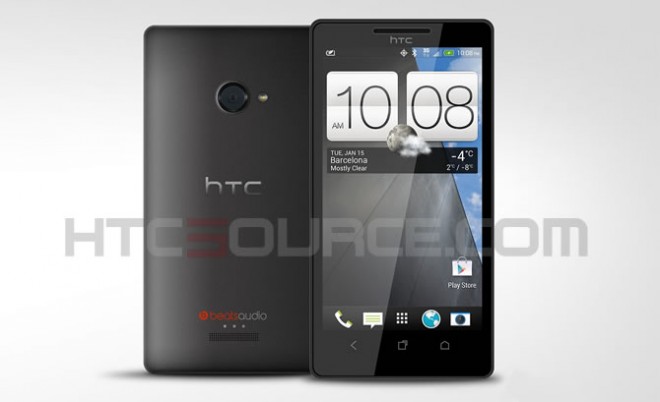 Apparently, the source of the image is saying that he pulled it from an early firmware build of the device. Two other trusted sources confirm that this is the real deal, so we may be dealing with something solid here. This picture matches the blurry shot saw during CES and supposedly portraying the M7. It also matches the recent HTC Sense 5 screenshots, actually. There could be a slight tweak of the device on various carriers, but the main lines will stay the same.

As you can see, we’ve got Beats Audio on board, a discrete camera integration and a slight HTC 8X vibe to the phone. It’s interesting, because HTC previously claimed it intends to keep its Windows Phone line and Android line separate and now we’re seeing similar designs on different OSes. What do you think?