A while ago the folks of iFixit gave the HTC One a 1 out of 10 for poor repairability and now that extremely tough process is demoed in front of the camera, as shown below. The folks of ETrade Supply did and they had quite a hard time taking apart the 4.7 inch smartphone. 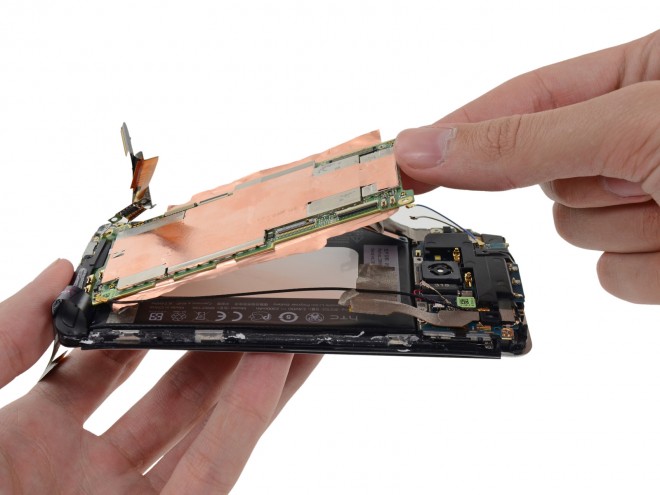 This quad core phone has been selling millions of units already and I’m betting that someday in the future at least a few thousands of people will need to know what it takes to replace something inside their precious phones. Well, HTC One is almost impossible to open without damaging the rear case and this makes components very difficult to replace.

Also, the battery is hidden beneath the motherboard and adheres to the midframe, so its replacement is pure hell. The screen assembly can’t be replaced without having to remove the rear case, so yet again a pain. Finally, the copper shielding makes components hard to remove/replace. Will these flaws hamper your decision of buying the HTC One?