HTC Thunderbolt has been teased a lot over the past week and now it’s finally starting to become real, having just showed up in 12 stunning pics, posted by Droid-Life.com. We’ve chosen some of the shots that define the first 4G LTE smartphone made by HTC and you can see those below. 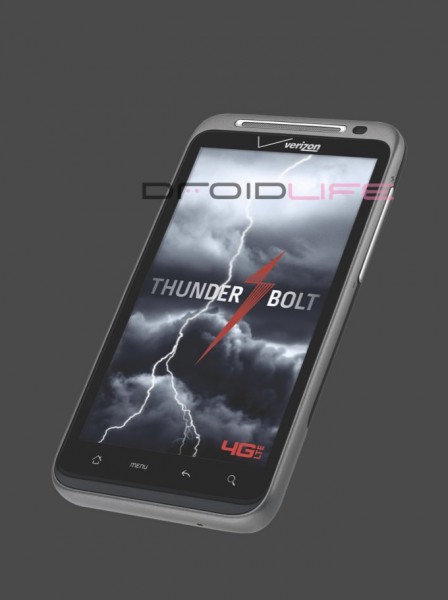 Thunderbolt will debut on January 6th during CES and courtesy of Verizon, a carrier that has the required LTE infrastructure to run at least a couple million of LTE Motorola tablets and Thunderbolt units. You might have noticed from the images that the new HTC phone looks very much like Desire HD, but it also brings something extra: a kickstand that hides a powerful speaker behind it. 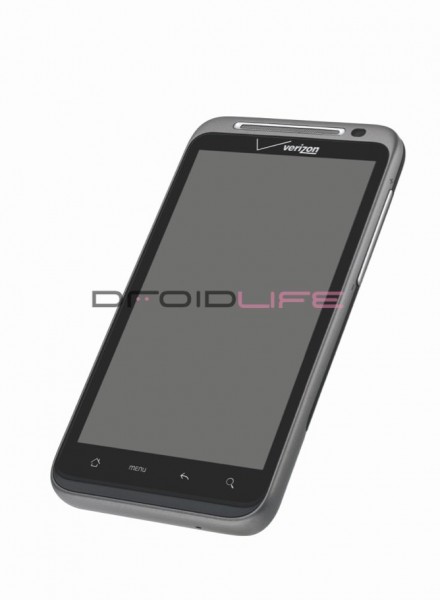 We don’t yet know if the Thunderbolt will pack a dual core CPU or not and to be honest all of its specs are a mystery right now. We also spotted the Google branding on the phone, meaning that this handset could add a “Droid” to its name, but that’s up to Verizon, Google and HTC. We’re expecting the specs of the smartphone to leak before CES, like it usually happens with products surrounded by hype and mystery. Check out our site for updates in the following days! 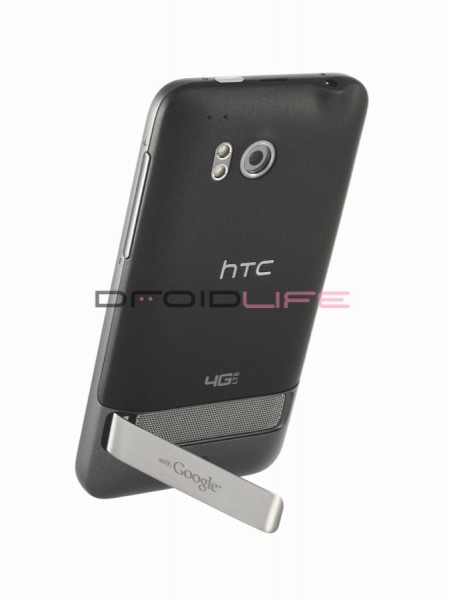