Although the iPhone 4 won’t survive an episode of Will It Blend, it might stand a chance when it drops from an Air Force plane, as proved by a recent incident. US Air Force Combat Controller Ron Walker is the one with the scoop, saying that he dropped his iPhone 4 from a speeding plane that was 1,000 feet in the air. 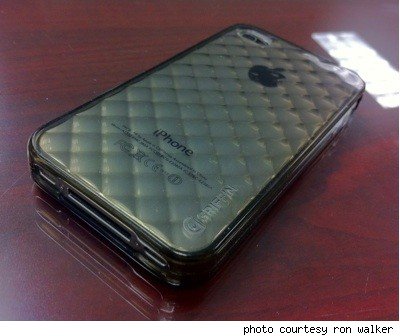 The aircraft had a speed of about 150 mph at the time of the drop and airman Walker was sure that the device was gone forever. However, the Find My iPhone app found the handset still working, so the combat controller went after it and found the iPhone 4 in perfect order, without even the tiniest of scratches.

It seems the phone landed in a wooded area two miles away from the base. This lost unit was wearing a Griffin case, not even a special military one, but rather a normal accessory. We could blame the soft landing on the trees or bushes, but maybe the case and phone are really very tough… Who knows?