We’ve heard about phones getting charged thanks to solar energy, but that usually involved solar panels at the back of the device. Now, French company Wypsis takes the technology to the next level, allowing handsets to be charged through their screen. In order for this to happen, a transparent solar cell film is used. 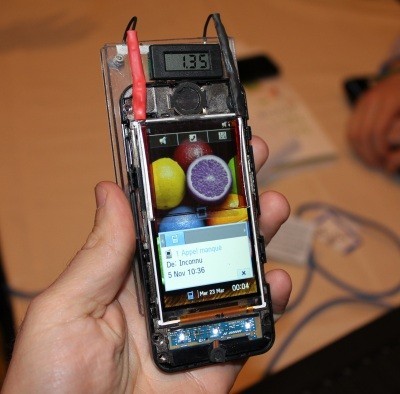 Wypsis places the solar cell strip under a lenticular overlay and over the phone’s glass display, but below the touch layer. The energy conversion rate is 9%, which is pretty low, but still something to evolve from. There’s also a tiny problem with the technology: it will absorb light, so it will mess with the display’s brightness and clarity.

The following prototypes won’t have to face this issue, according to Wypsis and the company is claiming that the commercial version of the technology will reach the market in a year from now. At this point, 6 hours of sunlight exposure gives the user a full charge, while in the future, you’ll get 30 minutes of talk time for each hour of light exposure.

Here’s what it’s all about: