While Kyocera, Samsung and Sony Ericsson will certainly deliver when it comes to their Android Phone initiatives, smaller brands have a tough time deciding what their final designs will look like. This is the case of Kogan, one of the companies who announced that they’ll ship the next Android-based handsets: Agora and Agora Pro. 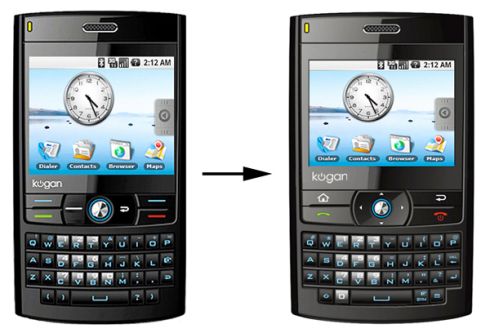 Last time we’ve shown you those devices, we were rather content with their looks and specs, but now it turns out that Kogan tweaked them a bit. Notice that the soft keys are gone, being replaced with “Home” and “Back” ones, while the keypad has also been modified.