There are two brands of phones with similarly strange designs. One is Casio and the other one is Kyocera, with the latter spawning a new model, that’s headed for Verizon. Portrayed below, the device has been rendered ahead of its debut on this carrier. 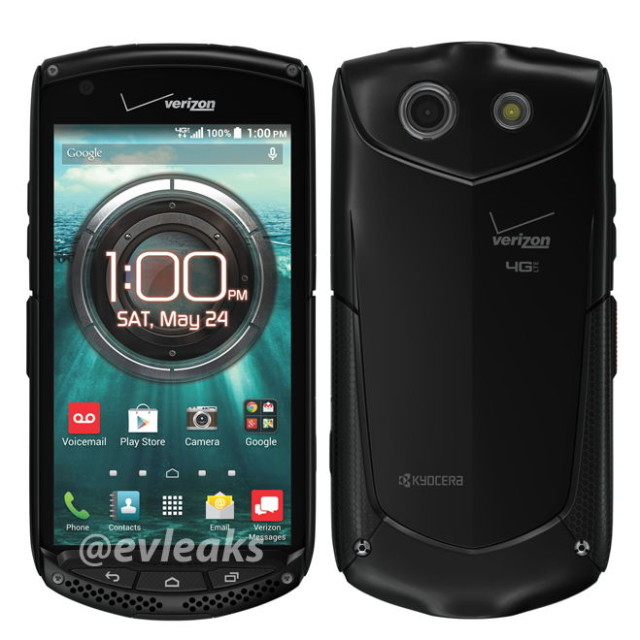 It was rumored that such a device was coming a while now and the name here should be Kyocera Brigadier. Good old @evleaks is responsible with the leak and he has a good track record of getting stuff right. The render may just remain a render and no real device may come, but it’s way too complex for that.

It seems like a rugged device and Brigadier gets no specs for now, but we’re guessing it’s water, dust and shock resistant and probably packs in LTE support. There appear to be front speakers at the bottom of the phone and Android seems the obvious OS choice here.