LG is planning a special event on December 1st, one that most likely will have something to do with the unveiling of the Nitro HD handset. I have to remind you that this phone is actually the first model announced with a 720p display, back when the Galaxy Nexus and HTC Rezound were a mystery. 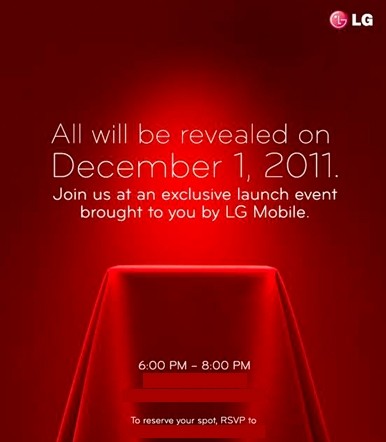 Also known as the LG Optimus LTE in other countries, this phone was detailed in an XML file with a 1280 x 720 pixel display. It will be interesting to see what OS they offer this device with and odds are 1 to 1000 that there’s Android 4.0 on this handset, but I’m still hoping. I have to mention that this LG unit is already available on Bell, under the original name, LG Optimus LTE.

Considering AT&T doesn’t have that many LTE devices in its portofolio, this addition is welcome, especially since it brings a 720p display to the scene. Also on board you’ll find a dual core Qualcomm 1.5GHz processor, 4GB of internal memory, 1GB of RAM and an 8 megapixel camera. Well, considering Verizon Wireless will have two HD phones in its offer by the year end, AT&T might start looking for another new model.