AT&T is preparing to launch a white version of the Samsung Galaxy S II Skyrocket smartphone. Don’t expect many changes, aside from the color of this device, that was introduced in its black version earlier this month on this carrier. Apparently, the design is also tweaked, since the new handset is a bit bigger and wider than the original Galaxy S II. 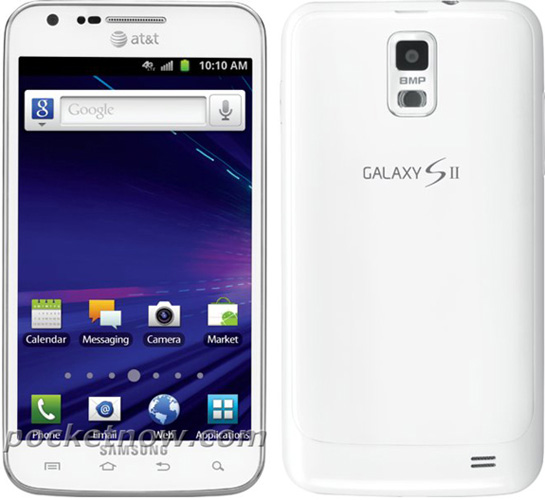 Some other Galaxy S II versions, the Focus S and the Infuse 4G were also made available not so long ago, but the white hue should give them a more interesting and clean look. We’re not yet sure when the white Skyrocket will arrive, but I supposed that “soon” is a good answer. If Samsung Galaxy S II continues to get varied versions of itself, it might beat 20 or 30 million units easily before the next iPhone is launched.

If this is not success, I don’t know what is and I’d like to see on an impartial blog a couple of figures regarding the Galaxy S II sales and the iPhone 4 sales… I have a feeling that Apple might not be so far ahead as people think. What do you say? Is it time for the Samsung smartphone to take over the world?