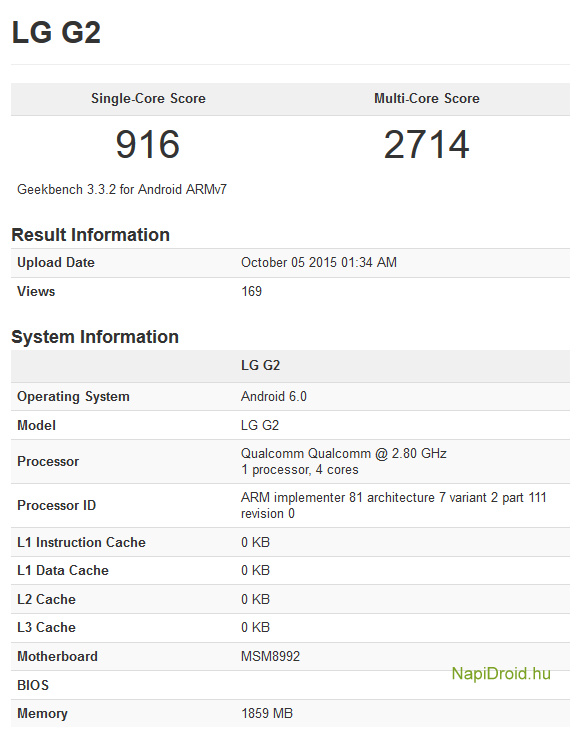 Although various device makers have published lists of handsets that will arrive with Android 6.0 Marshmallow sooner or latter, some models are left out there, in some sort of limbo. Many of them are from 2013, but today we get a bit of a surprise, through a hint regarding this handset’s evolution towards Marshmallow.

The LG G3 and G4 are said to be updated to Android 6.0 fast and now the LG G2 gets a hopeful sign. The GeekBench benchmark listing includes in its database a version of the LG G2 with Android 6.0 Marshmallow on board. Interestingly, LG G3, G4 and now G2 will be left out of the Android 5.1.1 update and skip straight to Android 6.0, although we hope that the security features and useful fixes that were in Android 5.1.1 will be present.

This also gives Galaxy S4 and HTC One M7 owners some hope, because those models were launched pretty close to the G2. However, the companies that made them don’t have as good of a track record like Motorola for example, or even ASUS, that was a landmark back in the day of the Transformer Pad. That was thanks to their very fast updates. LG has an upper hand by working with Google on two Nexus phones…