A Korean press release finally shed some light on the much talked about LG Star handset aka the SU660 or the Optimus 2X, as it’s going to be rebranded in its home land. We have to admit we’re pretty confused by the many names of this device, that at this moment bears the codename LG Optimus Mach and is said to bundled Italian composer Ennio Morricone’s music. 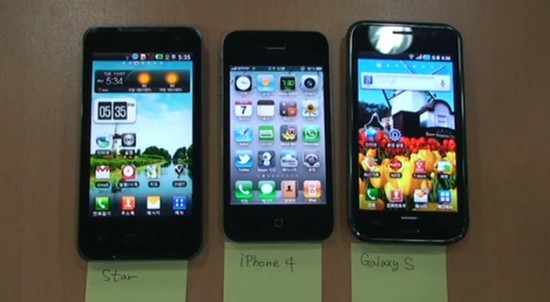 We’ll continue to call the smartphone LG Star for a while, since the dual core Tegra 2 baby we’ve come to appreciate has been called like that for more than a week now. There’s a ton of videos we’ve just found, all of them showing this smartphone and it’s even compared to the iPhone 4 and Galaxy S in the first clip below.

HDMI out support is also demoed and we should keep an eye on YouTube user zina0000, since he/she might know something more about this handset. Star/ Optimus 2X is expected in Korea in the next months and we sure hope it’s moving to the other continents, too.