Three UK has just announced that it’ll start to sell the Nokia E7 in January next year for a yet unknown price. Speculations say that the handset will come for free with a 2 year 35 pound per month contract, the same offer provided right now for the Nokia N8 cameraphone. 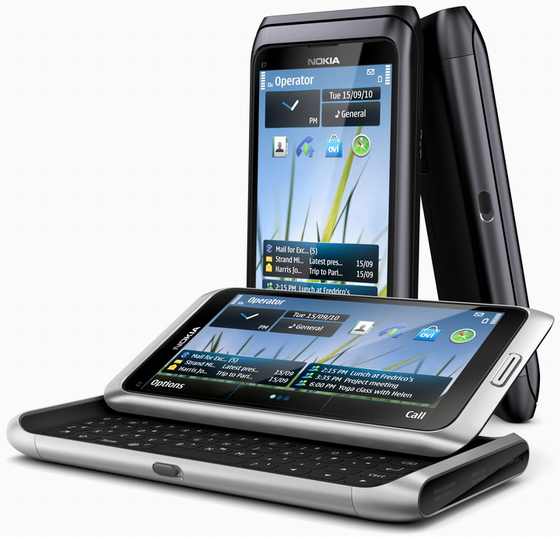 Nokia E7 is basically a modified version of the N8, keeping much of its specs list, including the Symbian^3 browser, but replacing the 12MP camera with an 8MP one that still does pretty well, supporting HD video capture and more. GPS with free Ovi Maps nav is bundled, while the features also include the obvious HSDPA and WiFi, lots of storage and a huge 4 inch touchscreen.

The ClearBlack AMOLED display is a major plus for this handset, to be honest. Learn more from Three UK’s Brandon in the following promo video: