We’ve already unboxed the Nokia 7.2 and now it’s time to have some fun with the Nokia 6.2, which is basically its junior, its Lite version. The two devices have many specs in common and also the design, so be careful not to mistake them. Actually, I have a way: the Nokia 6.2 is glossy and the 7.2 is matte. There we’ve done it! Now let’s unbox the device!

Priced at $250, the smartphone comes in the Ceramic Black and Ice color version and it was unveiled at IFA 2019 last September. It’s made of glass and metal and measures 8.3 mm in waistline, plus it weighs 180 grams. Inside the box we find a charger, USB-C cable, headphones, manual and SIM key. The charger is a 10W unit, which is fine and all, but 18W would have been nicer. Nokia 6.2 has a metal frame, squeezed between two glass panels and the back camera is circular and shaped like an Oreo. 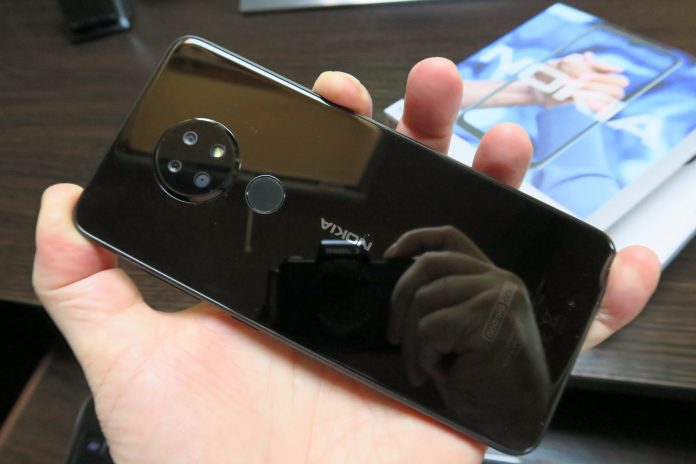 It’s also a bit of throwback to the Lumia age, which Nokia is not exactly ready to shake off. There’s s teardrop notch at the front and the whole format and size are identical to the Nokia 7.2. My first impression is that the Nokia 6.2 is a bit slippery and it definitely needs a case. An unusual aspect is the integration of the LED for notifications in the Power button. There’s also a physical button for Google Assistant on the other side, which we haven’t seen on many phones aside from Nokias and one LG model or two. 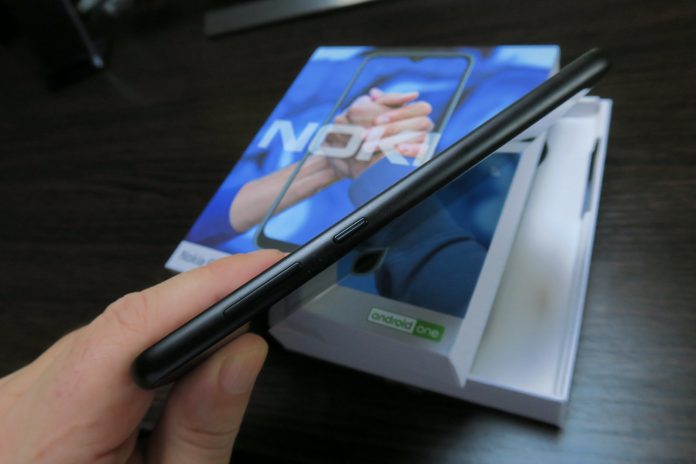 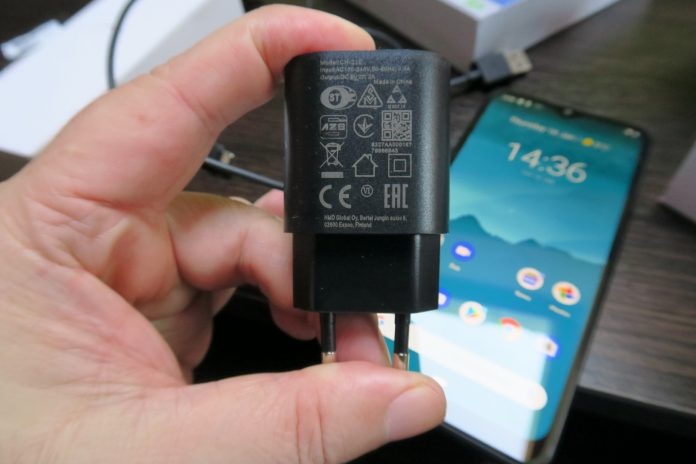 Then we come across the 8 MP selfie shooter and the triple back camera with the following setup:

The camera does 4K video capture and also has an LED flash, plus a minimalistic user interface, all white, typical options and RAW capture. Nokia 6.2 packs an audio jack, WiFi dual band, Bluetooth 5.0, NFC and GPS, plus FM radio and an USB-C port. For security we have a fingerprint scanner at the back side. The software is Android 9.0 Pie, clean, stock and part of the Android One program, meaning you’ll get Android updates fast for 2 years and security ones for 3 years.

Just as a quick reminder, I tested the Nokia 6 and liked it as the return of Nokia and a new step in its history, but the Nokia 6.1 was a bit of a letdown. Now let’s see the 6.2… You can get it here in the meantime.