We were underwhelmed by the Sony Xperia 1 last summer, but a few months later we were ready to give Sony another chance. They came out with the Xperia 5 at IFA 2019, which is basically an Xperia 1 Compact. It’s smaller than the Xperia 1 and has basically the same hardware. We unboxed it below and right now it’s priced at around $700 or a bit less.

First of all, it keeps the 21:9 aspect, but it’s even narrower, on account of it being smaller, at 6.1 inches in diagonal. The Xperia 1 was narrow, but at 6.5 inches. It’s got the same Snapdragon 855 CPU, since Sony didn’t feel the need to go to Snapdragon 855+. Available in red, blue, gray or black, the handset is very easy to wrap your fingers around, probably the easiest on the market right now. Quick side mention: the device was made more appealing by a bundled Sony WF 1000 XM3 headphone set, for free. 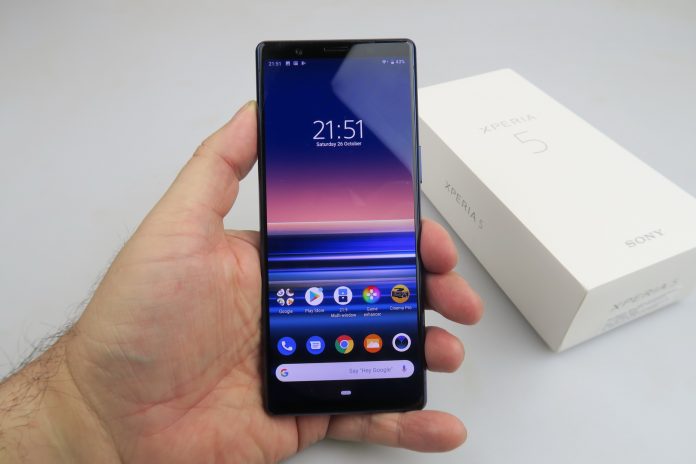 Xperia 5 comes with a minimalistic package, that includes the manual, warranty, also a pair of headphones, wired ones. There’s also an USB-C to 3.5 mm adapter inside, plus an USB-C to USB-C cable and the 18W charger. Sony Xperia 5 measures 8.2 mm in thickness and weighs 164 grams, making it one of the lightest Snapdragon 855 flagships of 2019. It feels a bit slippery, but since it’s so narrow, it’s saved by it. It feels premium and that’s amplified by the mirror glass at the back. 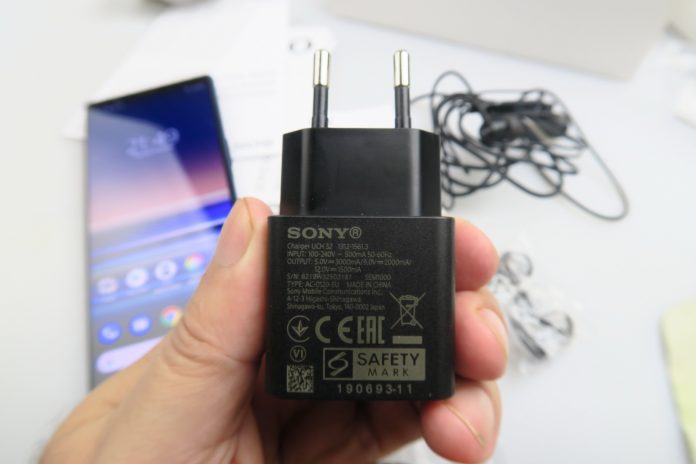 Sony Xperia 5 is IP68 certified for water and dust protection and Sony keeps up offering the tray you have to pull with your nails, in lieu of a SIM key. The specs include a 6.1 inch OLED screen, with HDR support and Full HD+ resolution, as well as DCI-P3 100% coverage. The contrast wasn’t flattering in the full sunlight, so there’s that. Inside we find the Qualcomm Snapdragon 855 CPU, 6 GB of RAM, 128 GB of storage and a microSD card slot. 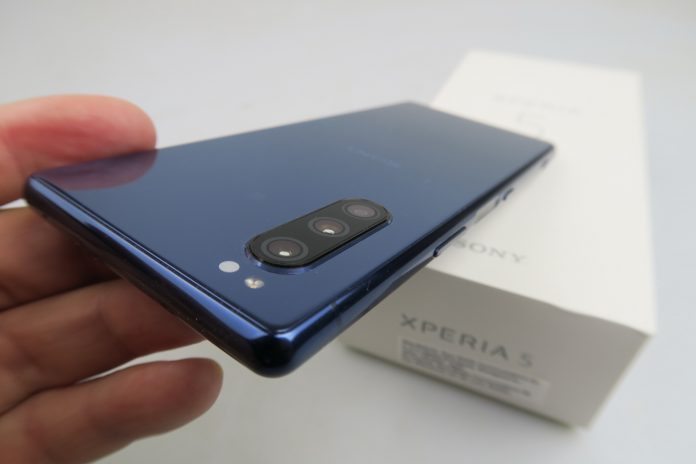 There’s also a 3140 mAh battery with Stamina Mode and for selfies we have the 8 MP camera upfront, with electronic stabilization. On the side we have a fingerprint scanner like the Xperia 1 had, but sadly it’s not well placed, just like the other buttons and I kept pressing volume down instead of Power for example. The back camera is the same triple setup of the Xperia 1, as follows:

There’s 4K HDR video capture, noise reduction based on RAW capture, Eye Tracking and Bokeh. The CinemaPro app is also here, the one from the Xperia 1, with Cine Alta technology. You can pull off a pretty nice amateur movie with its filters. There’s also a LED flash for the main camera and a special RGBC-IR sensor. On the connectivity front, there’s WiFi dual band, GPS, NFC, USB-C 3.1 port and 4G LTE. Finally, we got two stereo speakers with Dolby Atmos.

There’s PS4 Remote Play here and the dynamic vibration system, in the same rhythm with the music. It runs on Android Pie with a pretty run of the mill Xperia UI, much unchanged from the previous version. We’ll be back with the full text review, but you can buy the phone from here.