2021 starts with a brand new battery phone, the Motorola Moto G9 Power, which has reached us. The follow-up to the 5000 mAh battery phones Moto G7 Power and Moto G8 Power adopts a 6000 mAh battery and reaches a huge diagonal, of 6.8 inches. Priced at $200, this is a midrange device with more compromises than its predecessor. We unboxed it below.

We have the Metallic Sage hue of the Motorola Moto G9 Power, with a back side that looks like denim and has a serpent like color, or is it bamboo? We also get a case bundled and the body is obviously made of plastic. Inside the box we have a 20W charger, an USB-C to USB-A cable, a metal key uses to access the slots and also the manual. Moto has offered here a water repellant coating, as it sometimes does for its phones and the handset is quite the beefy unit, with a 9.7 mm thickness and a weight of 221 grams. 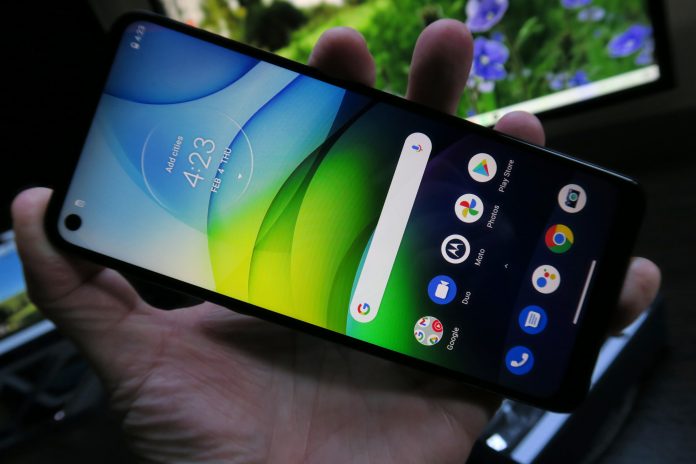 The screen is an IPS LCD panel with a 6.8 inch panel, but also a rather modest resolution of 1640 x 720 pixels, which is a downgrade from the Moto G8 Power and its Full HD res (although 0.4 inches larger for the newcomer). Inside we find an 11 nm CPU, the Snapdragon 662, which is also found on the POCO M3, accompanied by 4 GB of RAM and 128 GB of storage, plus a microSD card slot. The 6000 mAh battery charges at 20W via USB-C and other specs include an audio jack at the top and a singular bottom speaker. 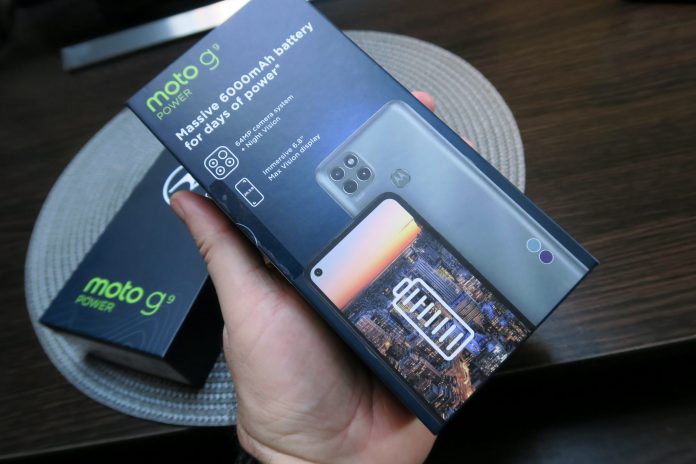 By the way, Moto G8 Power had stereo speakers, but Moto felt they were overkill and scaled back, went back to basics. You can also tune the singular speaker with a Moto Audio app and its options. At the back there’s a fingerprint scanner in a dimple and as far as cameras go, we start off with the front 16 MP shooter. At the back there’s a triple camera with a 64 MP main sensor, plus a 2 MP shooter and 2 MP Bokeh unit. There’s no longer 4K video capture here like on the predecessor, we have Full HD instead. 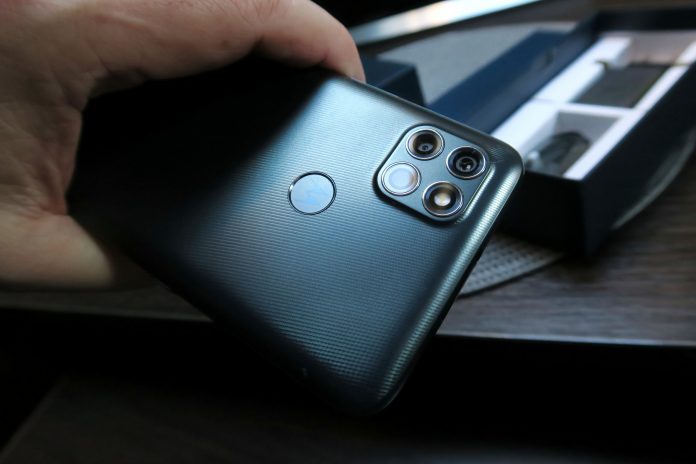 As far as connectivity goes, there’s WiFi dual band, 4G, NFC, GPS, Bluetooth 5.0 FM radio and USB-C 2.0 port at the bottom. Overall, it feels like a huge device, ideal for video consumption at home and also some minute gaming and web browsing. We’ll be back with a review soon.

You can buy the device here.