Ever since Nokia had its big comeback, we’ve only been impressed by two phones: Nokia 7 Plus and Nokia 8.1. The rest were either just OK, or letdowns like the Nokia 9 Pureview. Nokia launched two phones at IFA 2019 and both were midrangers: Nokia 7.2 and Nokia 6.2. The former recently arrived on our testing tablet and we gave a spin and unboxing below.

Priced at around $349 on Amazon, the device is a midrange phone with a pretty old CPU, but also a rather new camera. It’s an Android One machine, meaning it’ll get Android updates fast for 2 years and also security ones for 3 years. Inside its box there’s an USB-C cable, headphones made of plastic with a generic design, a SIM key and the manual. The smartphone is available in hues like Cyan Green and Charcoal Ice. Its frame is made of a composite material, which on apper is supposed to be superior to aluminium somehow… 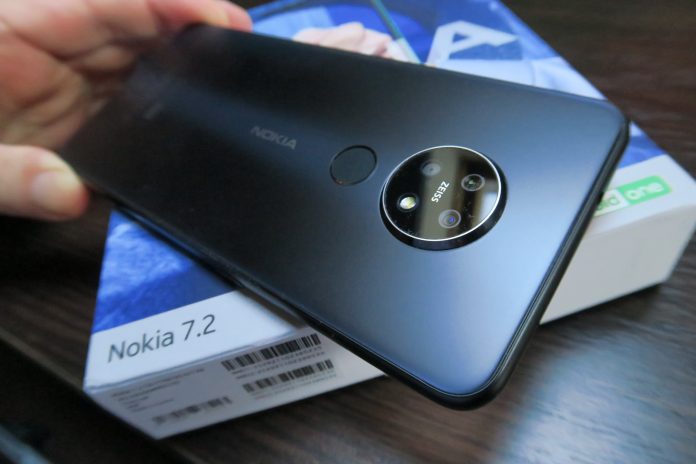 It measures 8.3 mm in waistline and the whole thing weighs 180 grams. There’s glass at the front and back, but a matte one that feels like it’s frosted, similar to OnePlus 6 and iPhone 11 Pro. The round protruding camera is a bit of a throwback to the Lumia days, but to me it protrudes too much. An interesting trait of the phone is the fact that the Power button integrates an LED with white light, used for notifications and on the other side of the phone there’s a dedicated Google Assistant button. 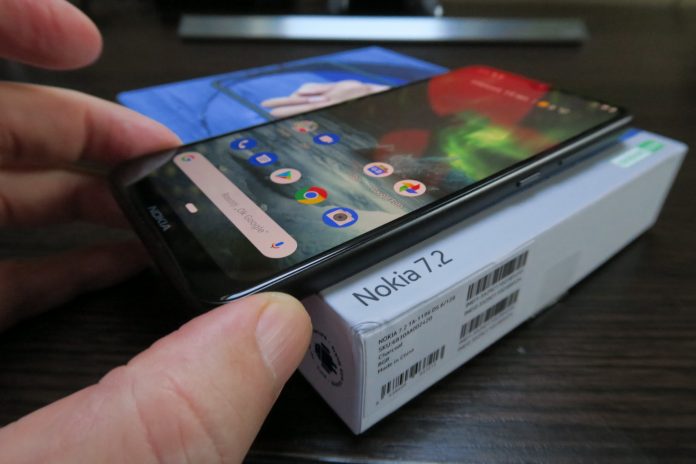 Upfront we find a 6.3 inch IPS LCD display with a 2280 x 1080 pixel resolution and HDR 10 support, just like the Nokia 6.2 has. Inside there’s a Qualcomm Snapdragon 660 CPU, 4 or 6 GB of RAM and 64 or 128 GB of storage, plus a microSD card slot. We’ve got a 3500 mAh battery here, plus an audio jack and an USB-C port. On the camera front there’s a 20 MP shooter in a teardrop notch and the following triple camera at the back with Zeiss optics:

There’s also a LED flash, 4K video capture and a pretty minimalistic camera UI with lots of white elements. Then there’s WiFi dual band, Bluetooth 5.0, NFC, GPS, FM radio and an USB-C port. The device runs on Android Pie with a stock and clean interface and has a fingerprint scanner at the back for extra security. It feels like a rival for the Motorola One Vision and Action, plus the Galaxy A50. We’ll be back with a full review soon. In the meantime you can get the phone from here.