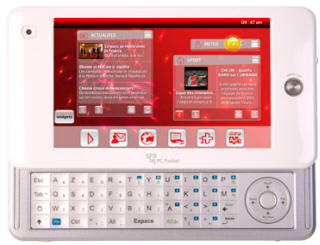 Both two new devices connect to the operator’s national HSPA mobile broadband network through embedded modules from Option. This makes it possible for them to offer access to the internet and most used web-based services such as email, instant messaging and social networks at all times.

The SFR M! PC Pocket 3G+ and the Archos 3G+ come equipped with a 4.8 inch touchscreen and high integrated memory. MID expects to sell 90-136 million units a year by 2012.