In what seems one of the most unlikely speculations, we’ve just found out via Digitimes and Phone Arena that Steve Jobs might be announcing not one, but two iPhone 4G versions next month. Digitimes analyst Ming-Chi Kuo was the one with the supposition, as he claimed that Apple’s 4G project might include two handsets. 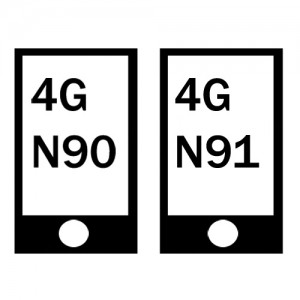 Their codenames appear to the N90 and N91, with the former being the famous model with the flat back side, lost by an Apple employee two months ago. The latter is a “less dressed-up version” of the N90 and it was created to replace the other model, if it gets delayed. N91 might as well replace the 3GS, since it sports 256MB RAM, just like it.