I would be lying if I said that I didn’t know NEC made dual display phones, since at the last CES and MWC editions they also brought a couple of those models. Now they’re at it again, bringing some goodies like those to MWC 2013. So, meet the NEC Medias W. 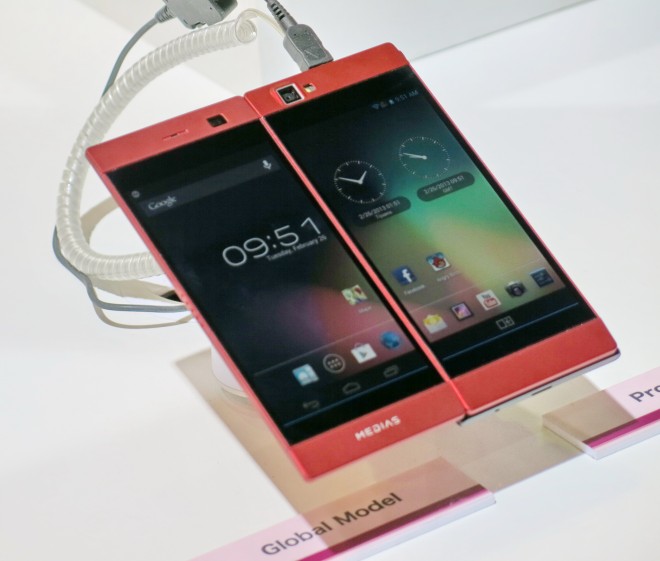 This is a global prototype that’s demoed here, meaning it may actually hit some stores at some point. We’ve yet to see a trully commercially viable dual display phone, maybe aside from the Kyocera model from last year, that didn’t get to be a hit in the end. Anyway, the Medias W is launching in Japan in April and it brings us two 4.3 inch qHD screens that can be used on their own or together, forming a 5.6 inch tablet. The screens are LCD ones and the device also features a dual core Snapdragon S4 1.5 GHz CPU, plus 1 GB of RAM.

There’s also an 8 megapixel shooter at the back, 16 GB of internal memory and a microSDHC slot for extra storage. There’s only a single camera, but considering the back side can turn to the front thanks to the hinge you can also make videocalls with it. The device runs stock Android 4.1 and you can transfer Internet, maps and more from one screen to the other.

Not so sure if the 2100 mAh battery can take the load, though…