MWC 2013 is not only about high end smartphones and tablets, but also about a few lower end devices, like the LG Optimus L5 II, shown below. This model is the kind of handset that should cost less than 200 euros and it brings some decent specs for that price. 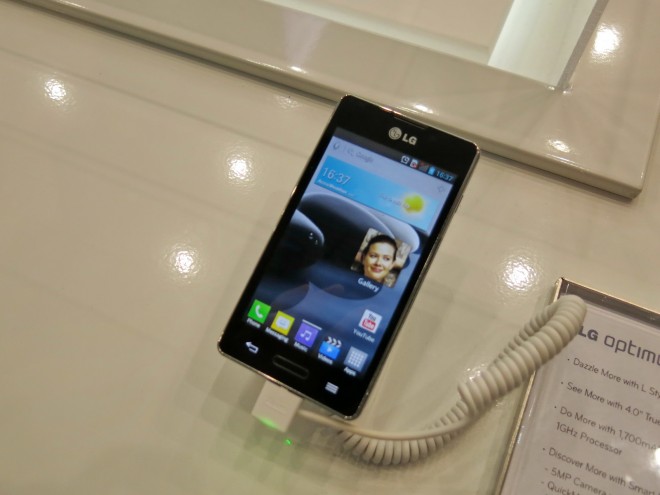 As far as features go, this model is on par with the lower end Xperias from Sony or the lower end Lumias from Nokia. The L5 II also has a dual SIM version out there and it’s expected to be released in Q1 2013. It packs an IPS LCD screen with a 4 inch diagonal and a 480 x 800 pixel resolution. The phone measures 9.2 mm in thickness and it features a microSD card slot, 4 GB of internal storage, 512 MB of RAM, HSDPA connectivity and a 5 megapixel camera at the back.

We’ve also got Android 4.1 Jelly Bean running on it, on top of a 1 GHz MTK 6575 processor. Other features include an accelerometer, proximity sensor, compass and a Li-Ion 1700 mAh battery. The device will be available in black or white.