LG announced its F Series of devices a week ago, not waiting for MWC 2013 or a special conference. They also have other new series, like the L II series, but more about that in another article. Today we’re dealing with the LG Optimus F7, that was demoed to us in Barcelona, at the LG MWC 2013 booth. 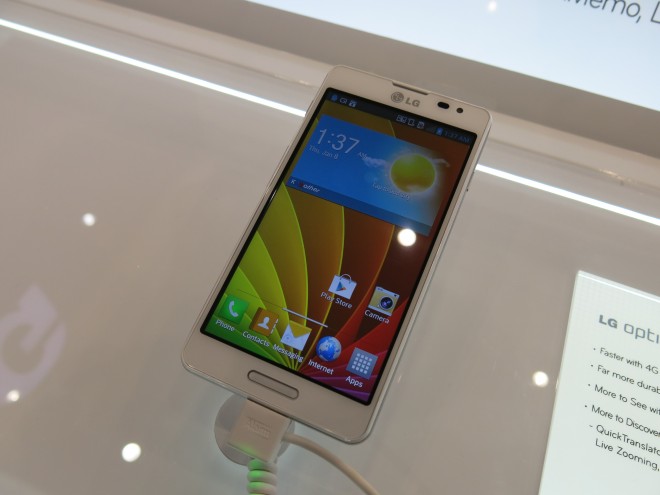 The preview reveals to us a squared 4.7 inch smartphone, with a bright and crisp screen, a dual core CPU inside and a pretty slim allure. There’s a physical Home button at the front and the back has a dotted texture that reminds me of the one hidden under the Nexus 4 glass. In this short preview we get to see an interesting camera feature, one that takes 2 shots prior to the shutter pressing and two shots after, so you’ll never miss that perfect moment.

The device measures 9.6 mm in thickness, packs a True HD IPS LCD screen with 720p resolution, 8 GB of storage and 2 GB of RAM. There’s also LTE, an 8 megapixel cam at the back, a 1.3 MP front shooter and a dual core 1.5 GHz ticker to get things running. The battery juicing up this newcomer is a Li-Ion 2540 mAh unit.