Yesterday morning Nokia held a big press conference in Barcelona, at MWC 2013 and the event included the debut of 4 new handsets, but sadly there was no Lumia tablet to behold. We caught the whole event on camera and you can watch it in the video below. 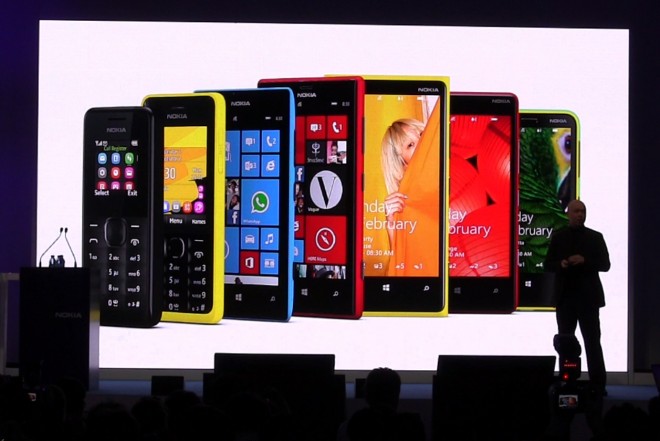 It all started with some Kraftwerk blasting out of the speakers, then Stephen Elop arrived and began to detail the new products. He announced the Nokia Lumia 520 and Lumia 720, plus the feature phones Nokia 105 and Nokia 301. Then Marko Ahtisaari, the genius Nokia design boss came on stage and explained the concept behind the new Lumias. Nokia wants to bring colourful cases even in the lower end area of the spectrum, like on the Lumia 520, that gets detachable colored case options.

Also, even the feature phone Nokia 301 will get colourful versions and also single SIM and dual SIM versions. Cyan, magenta, yellow, white and black are some or the versions to choose. Mail for Exchange was also included on the Nokia 301 and HD voice as well. Nokia 105 is one of the cheapest Nokia phones ever, at 15 euros and it’s a successor to the Nokia 1280. More details and inside info are available in the video below: