Today was a big day for ASUS fans and MWC 2013 participants. The third PadFone generation came to life and so did the 7 inch affordable Fonepad tablet. Both were unveiled during a conference that was filmed by our editor at MWC and posted on the web, so you can watch the video below for the full keynote. 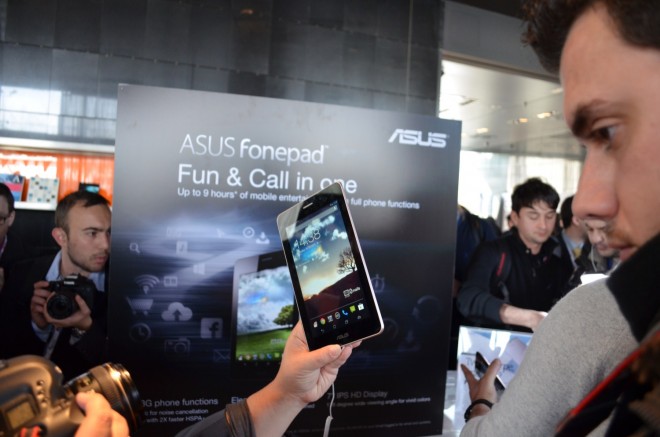 It all started a bit later than expected, with ASUS Chairman Jonney Shih on stage, as well as a Qualcomm official at some point. A magician even came on stage to tease the new PadFone a bit and do some technology-based tricks. The first things that ASUS announced were actually some cloud and online backup and aid tools, like AOCloud, that aggregates all your accounts online. Everyone went crazy when the PadFone Infinity was introduced. It takes the PadFone 2, keeps the great ideas and adds some upgraded specs in the mix. 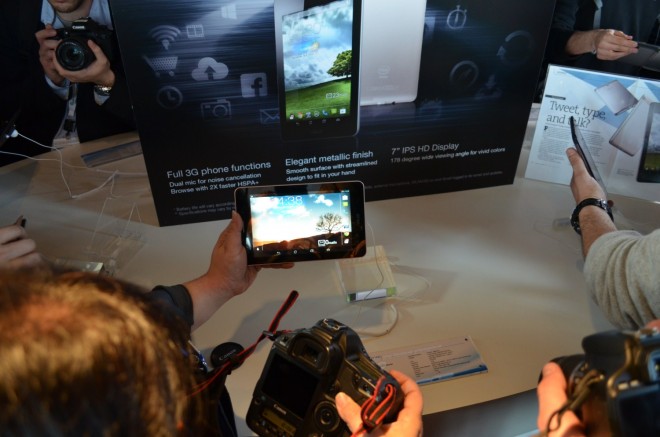 The new PadFone tablet + phone combo sets you back 999 euros and the device is available from April. The PadFone Infinity has an aerospace grade aluminum body, a unibody frame and a brushed metal finish. It packs a 5 inch Full HD screen and the 10 inch tablet that hosts the phone also has a Full HD resolution. At the back we’ve got a 13 MP camera and I wonder just how upgraded it is compared to the PadFone 2.

Then came the FonePad, priced at $249, packing an Intel Atom Z2420 CPU and a 7 inch 1280 x 800 pixel display. The device looks and feels a bit low end ish, but for this price and with the fact that it makes cellular calls, we’re happy with the price. The device will come in titanium gray and champagne gold and it gets 10 hours of battery life.

More details in the video below!