Google had a pretty cool idea to name its Android releases after popular deserts, but we wonder what they will do when they run out of treats. For now, we have Android 1.5, known as Cupcake, version 1.6, dubbed Donut, version 2.1, known as Eclair and Android 2.2 aka Froyo. Android 3.0 will be released as Gingerbread, but what about the next version? 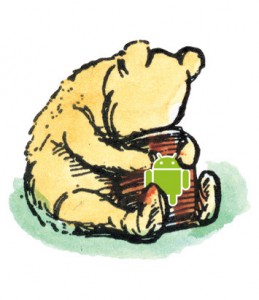 Since the first letters of these releases were in alphabetical order (Cupcake, Donut, Eclair, Froyo, Gingerbread), we’re guessing that a version named with a word starting with the letter “H” is next. Speculations claim it could be “Honeycomb” this time, although this is not a cooked or prepared desert, but rather a treat from Mother Nature.