A recent Nielsen study has shown that although Android was recently named the world’s best shipping smartphone platform, the competition is actually tighter with BlackBerry and iOS devices. The graphs below are also a proof of the current status of mobile operating systems. 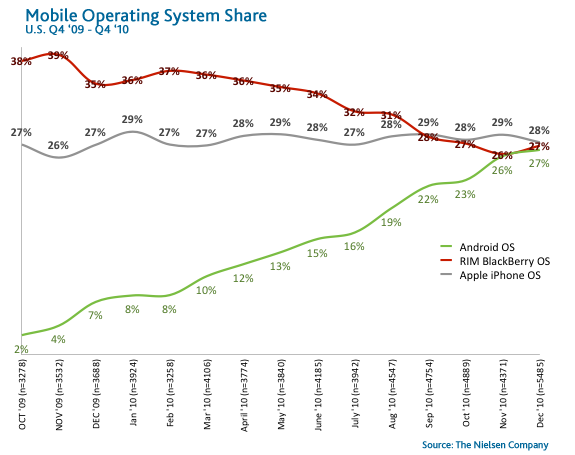 Nobody is clearly on top, and the competition is pretty tied up at the moment. What’s certain is that BlackBerry OS is falling and losing market share bad, while Apple is keeping the same pace over the past quarters and Android is going higher and higher. Apple has been hanging around the 30% market share for a while now, with a pretty steady fluctuation rate.

As far as new smartphone owners are concerned, Android is the favorite with 43%, while Apple comes in second with 26% and BlackBerry shows up third, with 20%. What will this graph look like in 2012? 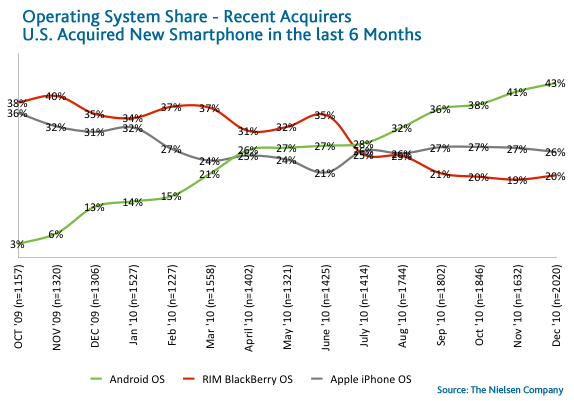