Some unlucky folks could lose their job over an unlikely leak of a poster showing the Nokia X6 and Nokia 5230 models running Android. The ad was seen on Oxford Street in London, promoting the Three Mobile carrier and going against Nokia’s claims of not ever using Android on its handsets. 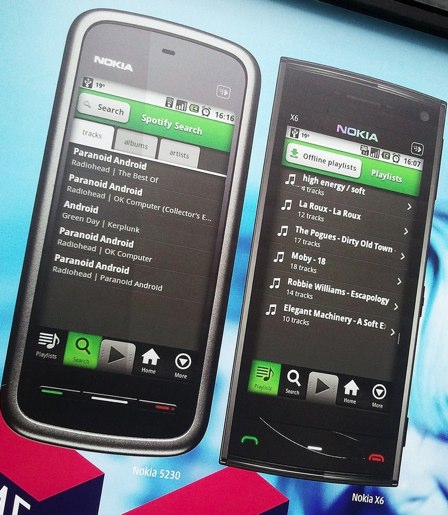 Mauricio Reyes was the person who spotted the poster, uploading it on his Posterous account. Rumours related to Android and Nokia were heard in the past, but Anssi Vanjoki, the company’s head of Mobile Solutions kept denying any cooperating with Google on this front.

[via the nokia blog]