The OnePlus One was on everyone’s lips over the past weeks, as the handset looked very promising, offering high end specs at just $300. After the controversy surrounding the OnePlus relations with Oppo, today we learn that the device passed through the FCC and got a teardown. 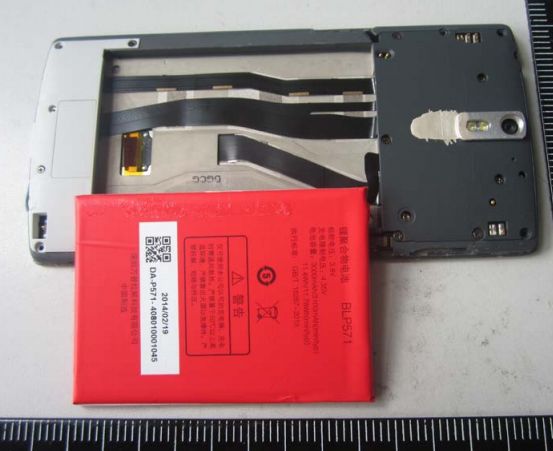 I’ll have to remind you that this model comes with a 5.5 inch Full HD display, a Qualcomm Snapdragon 801 processor and 3 GB of RAM, as well as a 13 megapixel camera. The FCC documents confirm the phone’s specs, including the 3G and 4G support and in USA, customers will be able to use the OnePlus One on AT&T or T-Mobile. This model ships with CyanogenMod on board and it should come with a 3100 mAh battery, Bluetooth 4.0, NFC, a 5 megapixel front camera and a microSD card slot.

OnePlus said repeatedly that the battery in this handset is not user replaceable, but the photos of the phone make it seem so, so that’s bizarre. The user manual is also strange, since it suggests you only use batteries and other accessories provided by OnePlus, so in theory you could change your battery if you wanted to.